Aristocrat Leisure Ltd saw its net profit (after tax and amortization) for its fiscal first-half year climb 16.8% year-on-year. The Australia-based gaming machine manufacturer’s profit came in at US$290.05 million, driven by better performance in its North American operations. 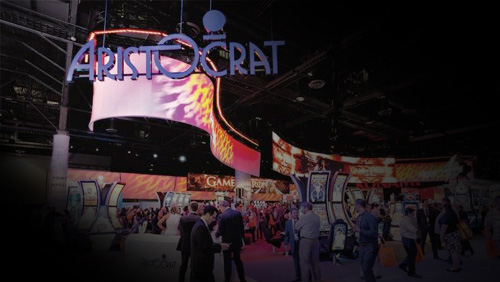 In a filing with the Australian Securities Exchange (ASE) yesterday, Aristocrat stated that its first-half operating revenue grew by around 30% to around $1.45 billion. Its EBITDA (earnings before interest, taxes, depreciation and amortization) increased by 19.2%, reaching $528.6 million compared to the $443.5 million a year earlier.

Strong growth in its North American operations helped improve the company’s earnings, according to the filing. It was also able to improve its performance in its home country and in New Zealand by introducing fresh technology and expert talent.

In a statement from an included press release, Aristocrat CEO and Managing Director Trevor Croker stated, “Aristocrat continues to deliver above market profitable growth, leading to strong free cash flow and the ability to reinvest to self-fund future growth, whilst ensuring strong foundations remain in place.”

He added, “Aristocrat’s increased investment in design and development during the period also demonstrates our commitment to sustaining our growth engine going forward. Design and development is our preferred allocation of capital, and we are investing effectively to protect and extend our market-leading positions, whilst attacking attractive adjacencies.”

The performance is expected to give shareholders a little summer bonus, as well. The company is recommending a first-half dividend of $0.15 per ordinary share, which would be paid on July 2 to all shareholders on record as of May 30.

As a result, analysts with Morgans Financial Ltd., a financial brokerage and analysis firm out of Australia, have reiterated their “add” rating in the company and raised the target price to $22.04. The stance was taken given the fact that Aristocrat reported better-than-anticipated results. Morgans analyst James Lawrence stated, “Aristocrat continues to retain a dominant position in the North American market and witnessed strong growth in outright platform sales and installed gaming operations. Importantly the company has a significant opportunity in adjacent markets in North America with the moves into the Washington CDS and Video Lottery Terminal markets showing good early signs.