In a few countries around the world, kids are raised learning tennis on clay courts. That’s not the case in the United States or Canada, for example, as that’s largely a foreign substance to players from those countries. In Spain, though, clay courts are very popular. 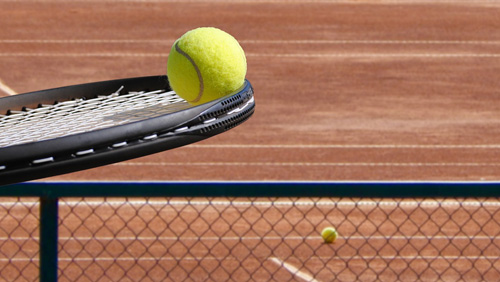 Perhaps that explains why Spain’s Rafael Nadal is easily the greatest clay-court player in tennis history and why he’s the +105 betting favorite to win a 12th French Open title. The only clay-court Grand Slam event begins May 26 at Roland Garros in Paris.

Last year, Nadal routed Austria’s Dominic Thiem 6-4, 6-3, 6-2 in the final for Nadal’s 11th French title. The southpaw became the first player in the Open era, male or female, to win the same Grand Slam tournament 11 times. Margaret Court won 11 Australian Open titles, but some of those were before the start of the Open era, which was 1968.

Since winning his first French title in 2005, the only years Nadal didn’t win it were in 2009 and 2015-16. Nadal’s win-loss record in the tournament is an astounding 86-2. It’s not 86-3 because Nadal officially withdrew due to injury before the start of his third-round match in 2016.

The only two players to beat Nadal in Paris are Robin Soderling, perhaps the greatest upset in tennis history, and current world No. 1 Novak Djokovic, who is the +225 second-favorite. Djokovic’s lone French title was in 2016 before having to even face Nadal. Following that title, Djokovic had the rare honor of being the reigning champion at all four Grand Slam events – no male has won all four in a calendar year since Rod Laver in 1969.

Djokovic could do it again this year in Paris as he’s the reigning champion of last year’s Wimbledon and U.S. Open as well as January’s Australian Open.

Thiem is the +550 third-favorite after reaching his first-ever Grand Slam final in Paris last year. He also reached the semifinals the previous two years. The lone Austrian to win this tournament was Thomas Muster in 1995.

Then there’s Roger Federer, he of the record 20 Grand Slam titles. Federer’s worst surface is easily clay as he has just one French title, in 2009. In fact, the Swiss superstar hasn’t even bothered playing this event since 2015. Federer is +2000 to win this year. He withdrew from last week’s Italian Open quarterfinals with a leg injury but is expected to give it a go.