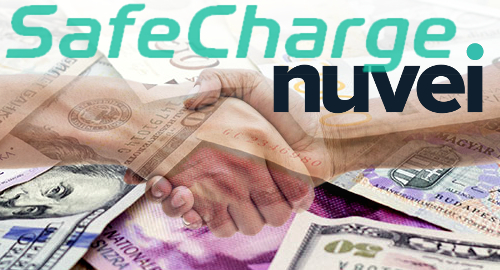 SafeCharge, the Teddy Sagi-owned payment processor popular with online gambling firms, has been acquired by North America-based Nuvei Corp in a deal worth $889m.

On Wednesday, Nuvei (which rebranded from Pivotal Payments last October) announced that it had made an all-cash offer of 436p per share – a 25% premium over Tuesday’s closing price – to acquire payment processor SafeCharge International Plc, which would value the UK-based firm at around £700m.

SafeCharge is 68.3% owned by Sagi, the founder of gambling technology supplier Playtech. Sagi has been steadily divesting himself of gambling-related holdings in favor of buying up huge swathes of UK real estate, including key areas of London’s Camden Town. Sagi has already agreed to Nuvei’s offer, and SafeCharge’s board (surprise!) unanimously concurred with Sagi’s choice.

In March, SafeCharge reported that its 2018 revenue had grown 24% to a record US$138.5m after its volume of transactions shot up 47% year-on-year to 255.1m, while the value of these transactions rose 45% to $13.9b. The growth was partly due to new deals with Denmark’s state-owned gambling business Danske Spil and Italian gambling operator Snai, which Playtech acquired last year.

Nuvei is Canada’s largest non-bank payment processor, and all such companies are keen to make further inroads into the US market following the Supreme Court’s May 2018 ruling striking down the federal sports betting prohibition.

Much like the gambling industry, the payment processing sector is undergoing a period of major consolidation. In March, Fidelity National Information Services paid a whopping $35b to acquire UK-based Worldpay, another major gambling-friendly processor.