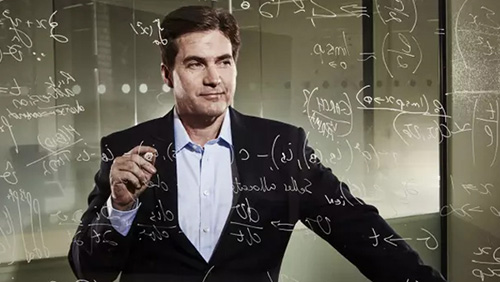 The United States Copyright Office has issued Dr. Craig Steven Wright a the copyright registration for the original Bitcoin whitepaper, which Dr. Wright originally posted online in 2008 under the pseudonym Satoshi Nakamoto.

The copyright registration was issued after the examiner at the U.S. Copyright Office was aware that the Bitcoin white paper was a “famous work” with questions about who was Satoshi Nakamoto, and only after Dr. Wright confirmed he was author of the seminal paper which started the Bitcoin revolution.

The U.S. copyright registration certificates are:

After being involuntarily “outed” as Satoshi Nakamoto by certain media publications, Wright first came out as the creator of Bitcoin in 2016, and provided proof to several people, including Gavin Anderson former lead developer of the Bitcoin project. However, supporters of the Bitcoin Core (BTC) developer group, which had commandeered the Bitcoin project, led a successful smear campaign against Dr. Wright.

The group had hindered the original vision of Bitcoin by stifling scaling attempts and creating Layer 2 settlement networks, namely the Lighting Network, which take transactions off chain and away from what Bitcoin was meant to be. In 2017, they added the definitive fatal blow—Segregated Witness—to the Bitcoin protocol and forever changed Bitcoin from its core definition as a chain of digital signatures.

What pushed Wright to lift the Satoshi Nakamoto veil for good and now take efforts to defend his original vision for Bitcoin? It was a combination of events. First, there was the bastardization of BTC introduced by SegWit, changing Bitcoin into what BTC is today (SegWit Coin or Core Coin). Wright then chose to support Bitcoin Cash (BCH) which forked away from BTC in August 2017, with the supposed mission to restore Bitcoin’s original vision. However, after attempting to work with BCH development group Bitcoin ABC for over a year, it became clear in 2018 to Dr. Wright that BCH development groups were also deviating from the original Bitcoin protocol—by introducing significant protocol changes not included in the original design and by not pursuing massive scaling as quickly as needed.

Having seen his creation bastardized not once but twice, Dr. Wright has acted to preserve his original Satoshi Vision for Bitcoin. He explains, “When I wrote the Bitcoin white paper, I uploaded it on the bitcoin.org domain so that people would start understanding bitcoin. I’ve come to understand that few people if any of taken the time to understand what is written in this paper so I have formally published it and registered it with the U.S. Copyright Office so that I can confirm my authorship and copyright ownership, and start teaching people the true meaning of what Bitcoin is about and stop people twisting the narrative.”

That twisted narrative lead to criminals, like drug dealers and money launders, to become the face of Bitcoin. The accountability and traceability that the Bitcoin blockchain provides was left on the back burner, and it was marketed to the worst elements of society. Wright could not stand for that.

“The last thing that I said to Gavin Anderson in 2011 when I handed him the control of the code was that “I wish you wouldn’t keep talking about me as a mysterious shadowy figure, the press just turns that into a pirate currency angle,” Dr. Wright recalls. “Maybe instead make it about the open source project and give more credit to your dev contributors; it helps motivate them.”

Now that Wright has legally claimed copyright ownership of the Bitcoin white paper and most of the early Bitcoin code, he’s working to ensure his creation will regain the original mission it was meant to have. “Bitcoin was designed to be honest and not another criminal coin,” he said. “It’s time for people to learn that and see that I’m (as Satoshi) not just some shady figure because I didn’t want publicity”

“We are thrilled to see Craig Wright recognized as author of the landmark Bitcoin white paper and early code. Better than anyone else, Craig understands that Bitcoin was created be a massively scaled blockchain to power the world’s electronic cash for billions of people to use, and be the global data ledger for the biggest enterprise applications. We look forward to working with Craig and others to ensure his original vision is recognized as Bitcoin and is realized through BSV.”

Since the announcement Tuesday, the trolls have come out in full force, albeit in much smaller numbers than in the past. They’re trying to downplay, disparage and dismiss Dr. Wright and the US Copyright office suggesting this is “just another scam.”

The mental gymnastics these people are doing could compete with Simone Biles, but Dr. Wright has a final word on the trolls, “Importantly, if this was not real, it means I would face 20 years. If a single person could discredit me, I get an orange suit. The issue is they cannot.”

Wright has good support and wise advice by his side. His colleague Nguyen, former CEO of nChain, was a highly-regarded intellectual property and digital technology lawyer in the United States for 21 years, and is former Chair of the State Bar of California’s Intellectual Property Law Section. Commenting on public reaction to the copyright registrations, Nguyen says: “It’s amusing to watch the online trolls and critics freak out about Craig’s copyright registrations. If the registrations don’t mean anything, what are people afraid of?”

Nguyen instead focuses on the legal impact of the registrations: “Under global copyright law, Craig always held copyright ownership of the Bitcoin white paper and Bitcoin code authored since the moment he created those works and fixed them into a tangible medium of expression. Most countries do not require registration of works. But in certain countries, like the United States, an author receives additional benefits by obtaining copyright registration for his works. In this situation, what is exceptionally notable is that the U.S. Copyright Office did not rubber-stamp Craig’s copyright applications. The U.S. Copyright examiner responded far more quickly to the copyright applications than is normal—within three business days (which is extremely unusual and extremely fast)—and asked questions about applications, including recognizing that the Bitcoin white paper was a famous work and noting there were questions about who is Satoshi Nakamoto. The U.S. Copyright Office only issued the copyright registrations after Craig responded and confirmed his authorship. Contrary to what the naysayers are suggesting, the U.S. copyright registrations do carry legal weight and we look forward to working with Craig to ensure his original vision is recognized as Bitcoin and is realized through BSV.”

Dr. Wright will be attending the upcoming CoinGeek Toronto scaling conference, and will feature prominently in a Fireside chat with Jimmy Nguyen. The conversation is bound to have plenty of revelations about the early history of Bitcoin, so it will be well worth attending.