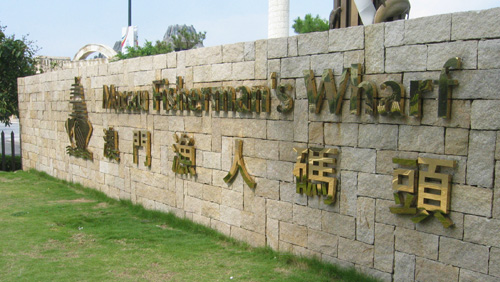 Macau’s tourism agency wants to make the city more than just one of the most successful gambling towns in the world. It is rolling out a plan that will include the development of more non-gaming and family-friendly activities in order to attract a more diverse tourism segment and part of that plan has come to life. The city’s popular Fisherman’s Wharf is getting its own virtual reality (VR) zone.

Launched through a partnership between Macau Fisherman’s Wharf and Japan-based Bandai Namco, the hot spot’s new VR Zone should officially launch this fall. It will be the first of its kind in the region and will help boost local entertainment options beyond gambling. Fisherman’s Wharf is home to Legend Palace and Babylon Casino.

The VR Zone will offer options for both children and adults, and Bandai Namco will also be launching a branded store on the site. The president of Macau Fisherman’s Wharf International Investment Limited (FWIIL), Melinda Chan Mei Yi, adds, “Since Macau is a tourist destination and our government wants to diversify our economy and build more non-gaming industries, this is something that Macau Fisherman’s Wharf wanted to establish.”

There are other projects being worked on for inclusion in Fisherman’s Wharf, as well. A restaurant with three Michelin stars will be coming to Legend Palace’s hotel this year and a dinosaur museum and meetings and conference center will most likely be ready to open sometime in 2020.

The FWIIL announced this past March that a VR experience was coming, but was light on the details. Chan had said at the time, “We’re working with a Japanese brand for this VR [virtual reality] project, but for now we cannot disclose its name. It is planned that in April there will be an agreement signing ceremony and by then the [partner’s] name will be made known.”

Bandai Namco is a manufacturer and publisher of video games, music and other entertainment options. Over the past 13 years, it has released video game titles such as Pac-Man World Rally, Ace Combat X, Dragon Ball Z, Mario Kart and Super Robot Wars, among others. Its games are found for consoles such as PlayStation 4, Xbox One, Nintendo Switch, and for Microsoft Windows platforms.

Mississippi casinos are back in action, but COVID-19 lingers
Erik Gibbs
1 hour Ago