Gibraltar – 17th May 2019 – MansionBet are pleased to announce that they will be extending their sponsorship of football impressionist, Darren Farley, for a second year. 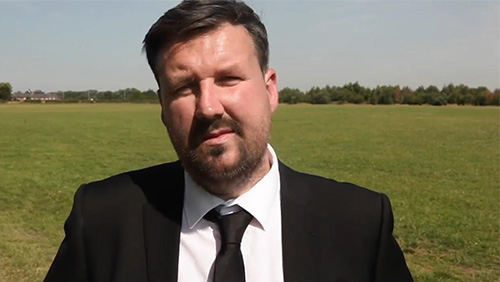 The online sportsbook first partnered up with football’s funny man in April 2018. Since then, they have brought their followers exclusive video content, created especially for them, every week. As the UK’s no.1 football impressionist and comedian, Farley has provided the very best in sports entertainment, driving engagement and conversions, receiving an impressive 35 million views.

The partnership will allow MansionBet to continue providing their customers with both relevant comedy content, aimed at a broad football audience, and an ambassador with appeal to football fans from all clubs and leagues across the UK.

Shelly Suter Hadad, MD and COO at Mansion, said, “Our collaboration with Darren and his team has allowed us to engage with a wider football audience in a fun and light-hearted way. We are able to build a relationship with fans through this partnership, making the MansionBet name synonymous with football.”

Darren Farley commented, “The first year’s partnership couldn’t have gone any better, not only did the support of MansionBet mean I could create lots of new original content, but the sponsorship was also nominated for Sponsorship of the Year at the SBC awards, which means things are moving in the right direction. MansionBet are a pleasure to work with and I look forward to taking things to the next level in year 2.”

For further information and to view our best bits from Darren Farley over the last year, click here.

Darren Farley’s MansionBet sponsorship will run until April 2020. Videos and content will be available via MansionBet’s social channels below:

Awarded ‘Online Casino Operator of the Year’ at the 2018 International Gaming Awards and ‘Most Responsible Online Gambling Operator, Global 2018’ for the Capital Finance International Awards, the Mansion Group has firmly established itself as a leading provider of online gaming. With more than 15 years’ experience in the gaming industry, Mansion Group enjoys an international player base and a strong market share.

The group has a selection of popular online casinos, including flagship brand Casino.com, MansionCasino, Slots Heaven, and a sportsbook, MansionBet. The portfolio of brands boasts exciting games from top providers and features betting on multiple markets across a whole host of different sports.

Darren Farley is an internet sensation with over 100 million views online. Renowned for his impressions of some of football’s biggest names, such as Jamie Carragher, Steven Gerrard, Harry Redknapp, Wayne Rooney and many more, Darren is now a recognized name in football entertainment. Darren has starred on TV and radio over the last 9 years and his social following is growing by the day due to his popularity online.