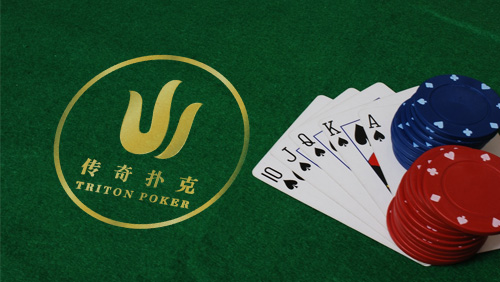 The Triton Poker Super High Roller Series has burned through its second Turbo event like a match eating through frail paper pages, and Quek Sechariah Sheng made the perfect Triton debut, beating Peter Jetten, heads-up, for the title.

Paul Phua and Peter Jetten must be wondering what the secret is. The pair are Triton stalwarts, with the former co-founding the series, and despite making 18 final tables between them, they are yet to don the royal blue baseball cap with the words ‘Triton Champion’ stitched in gold.

Quek Sechariah Sheng wears one, and he’s only played a single Triton event.

The 28-year-old Singaporean has taken down Event #7 Short-Deck Turbo at the Triton Poker Super High Roller Series in Montenegro. Think about that jumper your Grandma’s been knitting, and you’ll get a sense of how long this event lasted.

The players decided against the two-day spread, and the Tournament Director, Luca Vivaldi, crowned Sheng the champion at 4 am Tuesday after a single hand of heads-up play against Petter Jetten saw his As9c beat QsTs.

It’s the first title of Sheng’s career and only his second in the money finish (he climbed as high as 11th in the $10,000 Limit 2-7 Lowball Triple Draw Championship at the 2018 World Series of Poker (WSOP).

During large parts of the event, it was Phua standing with the pliers in his hand. Competing in his record 11th Triton final table, and less than 24-hours after finishing runner-up to Rui Cao in the HK$1m Short-Deck Main Event (where he banked $2.1m), Phua brought iron rain down on his opponents, until Sheng got lucky in three-handed play to outdraw the man hellbent on making this series the best thing since Johannes Gutenberg invented the printing press.

Phua’s exit in third came after a lot of luminaries fell before him – people in top, top form. Daniel Dvoress has limited Short-Deck experience, but the experienced No-Limit Hold ’em star is a quick learner. Dvoress was making his fourth final table of the series, and his second in a Short-Deck event after finishing fourth in the Main Event for the first seven-figure score of his career.

Kenneth Kee and Rui Cao are former Triton Poker Champs with Kee winning the Main Event in this format in Jeju, and Cao winning the same event in Montenegro in the past few days. Add Triton dependables Gabe Patgorski and Chan Wai Leong into the banquet, and it’s challenging to pick your favourite dish.

And that’s what makes Sheng’s victory all the sweeter – he did it the hard way, but then when is winning a Triton event anything other than ‘hard.’

Sheng picked up the game as an organiser of poker games in Bangkok, Thailand and said the one thing he loves about it is, “Everybody has a chance. That’s what makes it so good for beginners.”