Home / Bitcoin / Calvin Ayre: Courts could rule on ‘consumer fraud’ of cryptos that claim to be Bitcoin 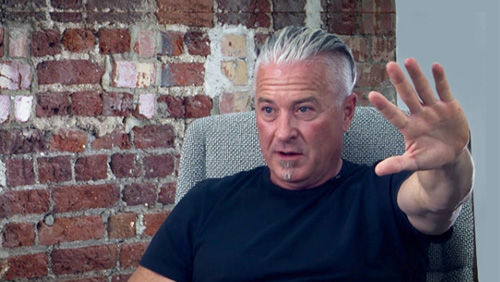 In a wide-ranging interview, the businessman Calvin Ayre, a major supporter of the work of Dr. Craig Wright, says that a forthcoming legal case being brought to prove that Dr. Wright is Satoshi Nakamoto, the creator of Bitcoin, could also lead to a ruling that would stop cryptocurrencies other than Bitcoin SV (BSV) using the name Bitcoin at all. To do so makes them guilty of “consumer fraud,” Ayre warned.

“It’s a consumer fraud of some sort for all these exchanges all over the world to be telling people that this is Bitcoin and letting these tokens use the Bitcoin name when the technology is not Bitcoin anymore. It’s a type of consumer fraud and I think that that needs to be fixed as well.”

Ayre sees the impact of the libel actions being brought by Wright as going far beyond those directly affected in the cases. He believes that a definitive proof that Wright was Satoshi will transform the sector:

“This court case and this proof is not aimed at convincing these people attacking him. They’re completely irrelevant. This is all about going over their heads, getting them out of the way. And Craig, with this court decision, talking directly to the people that matter – mainstream media, business and technical, governments and enterprise and startup decision makers. Those are the only people important here.”

Ayre says it’s “quite likely” that the cases, which are being brought in London, will be decided by the end of the year.

In the longer term, Ayre believes that Dr. Wright’s vision of a Metanet based on the BSV blockchain will be “the Internet of the future – where we actually can commercialize and put a value to the data that flows around the world on the Internet today. And so this is much bigger than just payments. But if we’re talking just about payments, I mean, what would be nice is for people to be able to seamlessly and frictionlessly with relatively low cost, send payments anywhere they want anywhere in the world.”

The key to making that vision a reality is being able to scale blockchain transactions – having large numbers of transactions happening quickly and frictionlessly. Ayre says that “only one blockchain platform massively scales already – original Bitcoin SV – and it has a roadmap to massively massive scaling in the near future!”

Scaling is the theme of the forthcoming CoinGeek conference in Toronto: “all the world’s experts in scaling on blockchains will be there,” Ayre promises. But if that sounds a little dry, he adds: “it’s going to be like Woodstock, you know, you’re going to be able to say, ‘hey, I was there, the CoinGeek Scaling Conference’.”

As to his own motivations for getting involved in the crypto world after a hugely successful career building businesses in online gaming, Ayre says, “I’d already been successful. I’m not doing this completely for money …I legitimately wanted to get involved with a project that would be a legacy project for me, which would actually have lasting impact on the world, improve the world, make the world a better place.”

But he admits the money is also a driver: “of course, as a businessman, I’m always interested in proving that I’m right about things. And the only way that you do that in business is by having your businesses make money …And so I’m driven by all these factors together. And you know, it depends on how I feel in any time in the day, which is the most important one.”

Although working in Bitcoin might seem very different from online gaming, Ayre says his own experiences in the two have much in common: “I’m in at the earliest stages of the industry. So it’s industry building, it’s dealing with the fact that people don’t understand how the existing laws apply to this new thing. There’s a ton of similarities.”

Ayre has always said that a 2006 article in Forbes magazine that described him as a billionaire has meant that he’ll be stuck with that label forever. As to what he’s actually worth today, he says he’s not sure:

“Honestly, it’s really difficult to do valuations to tell what you’re worth, especially if you’re investing in …early stage private companies where a lot of the value is in some kind of future concepts. So I think I’m going to wait a few years before I do have some kind of an appraisal of what I’m really worth. Right now I’m actually just having too much fun to worry about it.”

To hear the full interview with Calvin Ayre, listen to this week’s CoinGeek Conversations podcast, or watch on YouTube.