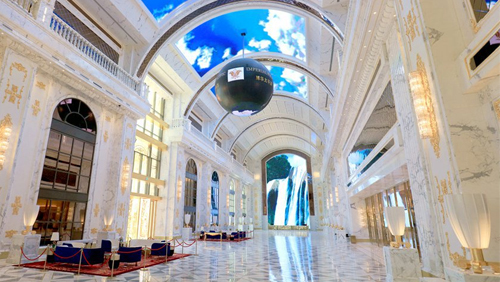 The news surrounding Imperial Pacific International (IPI) has not been particularly good of late. Imperial Palace Saipan has been roiled in challenges to the continued the construction of their Marianas Resort & Spa after labor shortages caused construction to come to a stop.

However, things look to be back on track, as the company announced on April 30 that they are ready to move forward after new workers would be arriving from Thailand and Taiwan to help complete the construction of the Imperial Palace.

CEO Mark Brown explained that the two pieces necessary to complete the project are finally coming together, as workers from Taiwan and Thailand will be arriving in early May to begin working on the project. This will include 100 workers that will be able to help complete the construction, as it is hoped that it will now be completed by the end of the year.

“A lot of good news are coming out of what’s happening right now,” explained Brown.“We’ve had a lot of bad news and sad news that’s been going on…so this…[will] hopefully give everybody a jolt and help move forward with our plan.”

This is truly good news for the company, as some have been questioning the leadership and how effective they have been trying to turn IPI into a profitable venture. According to the Hong Kong exchange, IPI had a declared loss of over $382 million last year, a significant amount of money for any operation. That included nearly $1 billion in player debt as they still carry nearly $500 million of additional debt.

In June 2018, it was announced that the $7 billion project was not going to reach its August 31 deadline. An extension was granted until December of last year, but that mark was not reached either, and there were worries that 2019 was likely to pass without the completion of the project being reached.

Labor shortage became a huge issue, as over 500 workers had been lost due to a new U.S. policy that banned workers from the Philippines being able to receive H-2B work permits. Despite attempts to get a change in US policy, all efforts failed, putting the project on indefinite hold.

The opening of the new Imperial Palace was expected to be a big boon for the company in helping to turn the tide of considerable losses that they have suffered, but the labor shortage coupled with last October’s typhoon Yutu had many feeling that somehow or another the company was cursed.

Clearly, 100 employees are not going to replace the 500 that were lost, but it is a good start. This should help renew confidence for investors and tourists interested in getting involved in the casino and resort operations.