Circus Circus Reno is having a difficult time grasping the severity of its refusal to negotiate with union-covered employees. The casino, which is owned by Eldorado Resorts, has been involved in a showdown with employees since employment contracts expired last November and have been unwilling to budge on their anti-employee stance. Workers took to the streets outside the casino last week to picket in response to the casino’s blindness and this is most likely only the beginning. 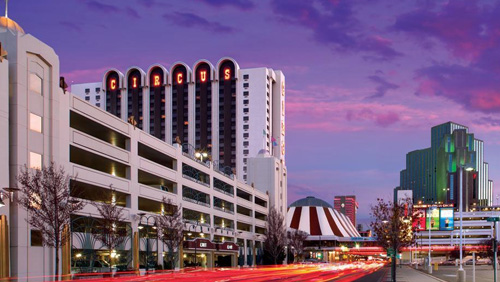 260 employees at Circus Circus are covered by the Culinary Union, working in positions such as food servers and bartenders, cooks, doormen and bellmen, housekeepers and other customer-facing positions. The union has been trying to negotiate a new contract since last November and, so far, Eldorado has only offered a paltry 1.75% pay raise, which was obviously rejected by the union.

Bethany Khan, the Culinary Union’s spokesperson, explains, “Eldorado made 9.8 percent more profit last year and their CEO could make $8.8 million this year along. The company will not agree to fair wage increases for its employees. Eldorado needs to stop treating its workers like second-class citizens.”

In addition to a pay raise that is actually dignified and not a slap in the face to the workers that keep the casino running, the union is pushing for better retirement benefits and healthcare coverage. Marlene Sanchez, a bartender at the casino, points out, “We are the reason Circus Circus Reno is successful and it’s time they recognize that.”

The Culinary Union isn’t the first union Circus Circus and Eldorado have had to face. Last year, the casino was picketed by employees who were concerned that the company was cutting corners during a massive renovation project. A statement at the time read, “The Laborers’ International Union of North America Local 169 took issue with Eldorado’s hiring of out-of-state contractor Digney York Associates based in Virginia for the casino overhaul. The trade group said Digney was hiring unlicensed subcontractors, and ‘lowering the standards of construction and endangering the public with these violations.’”

The efforts paid off, with the Nevada State Contractors Board taking notice and stepping in. It determined that Digney had hired five subcontracting companies that didn’t hold licenses and fined Digney $21,500. However, Eldorado was able to walk away without paying anything and wasn’t charged with any violations.