The first edition of ICE North America, Clarion Gaming’s influential exhibition and conference running across May 13-15 in Boston (MA), USA, has secured a notable coup with confirmation that legendary sports icon, Olympic champion and prominent television personality and philanthropist, Sugar Ray Leonard, will provide a keynote motivational address at what is set to be the ‘biggest sports industry gathering in gaming’. Sugar Ray Leonard, who has established a legacy that epitomizes boxing and invokes the reverence of a champion, will join the MVPs of sports betting and interactive gaming in Boston, providing insight into his celebrated career as well as giving attendees a chance to see and be inspired by the first boxer to win world titles in five different weight classes. 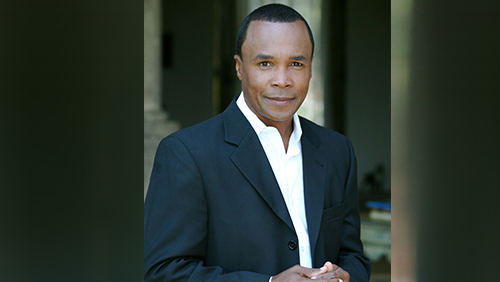 Commenting on attracting one of the most famous sports personalities in the world to the inaugural edition of ICE North America, Event Director Rory Credland explained: “We are delighted to be able to confirm Sugar Ray Leonard’s attendance at the first ever ICE branded event in North America. His professionalism and athletic prowess combined with his charismatic personality and first-hand experience of life in the ring is sure to be a knockout for all our attendees in Boston this May.”

He continued: “For anyone interested in sports, the chance to see someone as legendary as Sugar Ray Leonard is something rather special and testament to ICE North America’s ability to deliver intel direct from the mouths of MVPs. Sugar Ray Leonard will be discussing his in-depth knowledge of boxing, sports and life in a motivational speech at 12:30pm on Tuesday 14 May in Boston and following his address there will also be chance for some lucky attendees to secure sports merchandise signed by the boxing Hall of Famer himself. His participation at this year’s ICE North America will be one of the many highlights of what is promising to be one of the most influential gatherings of the international gaming business community interested in this exciting North American market.”

In addition to his position as one of the boxing greats of all time, Sugar Ray Leonard has become as famous for his success outside the ring as the triumphs within it. His illustrious career merits admiration, as a vanguard in the cultural movement that has brought the sport of boxing front and center today; Leonard also helms the Sugar Ray Leonard Foundation which celebrates its 10th anniversary this May, committed to funding life changing research for pediatric type 1 & type 2 diabetes, and helping children build early healthy habits. He has also published an acclaimed autobiography raising awareness for mental health and addiction and been praised for his work as a television broadcaster for NBC, ABC, FOX, HBO and ESPN and now as part of the DAZN broadcast team, the live and on-demand sports streaming platform, providing ringside analysis for Matchroom Boxing.

Sugar Ray Leonard’s motivational address will take place at 12:30pm (EDT) on the show floor at ICE North America. For more information and to register for free, visit: icenorthamerica.com