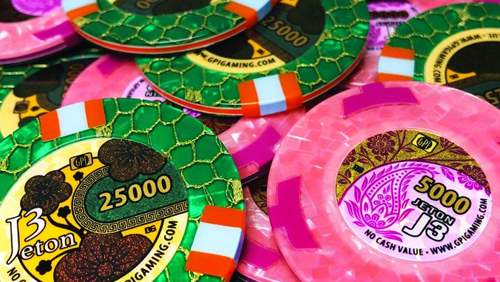 The long-awaited acquisition of Gaming Partners International Corporation (GPI) by Angel Holdings Good Kaisha finally looks like it is set to be completed. The merger was first reported over five months ago and was waiting on final approval from the shareholders of both companies.

That looks to have finally been achieved, allowing Angel to inform the NASDAQ that the merger will be officially completed as of Wednesday, May 1. This is an important step because GPI’s stock must officially be delisted on the trading platform.

The merger allowed Angel to purchase shares of GPI at $13.75 for each share of the company. With the deal now finally completed, Angel will own 100% of GPI, turning it into a subsidiary of Angel Holdings. The entire deal was for about $110 million.

The deal was looked upon as a no-brainer from the very start. Angel is one of the worldwide leaders in the manufacturing and distribution of cards for card games and the gambling industry across the globe. GPI has long developed casino gaming tables and equipment. This seemed like a match made in heaven as both major pieces of the gambling table industry would be supplied by the same company.

This deal was first announced back at the end of November of last year. GPI was coming off a successful second quarter that had helped to increase its revenue by nearly 52%. This increase in revenue helped to leverage GPI to be able to seek a better deal from the Japanese based Angel Holdings GK.

Angel first offered to purchase the company on November 29 but allowed for a go-shop provision that enabled GPI to seek other suitors to match or exceed the offer provided by Angel Holdings. That window closed on February 2.

It was originally announced that the deal would be concluded before December 1. However, officials at GPI demanded that the go-shop provision be included in the agreement. The higher yields and revenue in the second quarter as well as a projected 8% increase in total revenue over the previous year buoyed expectations that GPI would find suitors willing to pay a larger amount per share. That did not come to fruition, however.

Immediately after it was announced that GPI had not found another company to purchase their shares, the price of a stock for Angel Holdings jumped by nearly 0.32%, increasing from $28.46 per share to a value of $28.55.

Angel is still set to pay the $110 million to complete the deal, but an official date of when this payment is to be made has not been reported.