Vilnius – 16 April 2019 – Industry media has been all eyes on the recent regulatory changes that came into effect starting 2019 in Sweden, Denmark and are starting to be discussed in Norway as well. 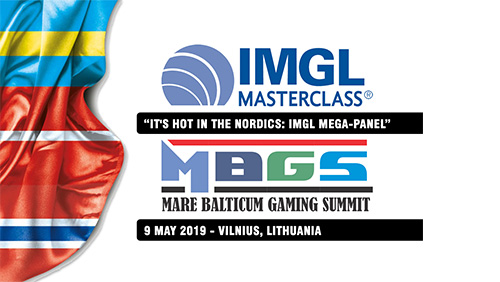 The second edition of MARE BALTICUM Gaming Summit, also known as the Baltic and Scandinavian Gaming Summit and Awards includes a special IMGL MASTERCLASS™ which will explore the recent changes that are happening in the Scandinavian region with an emphasis on Regulatory Trends, IP Blocking and Payment Blocking. The title of the panel discussion lives up to its name, “It’s Hot in the Nordics: IMGL Mega-Panel” will see some of the largest brands of the gambling industry share their knowledge about the market with the presence of Danish regulator, Birgitte Sand (Director of the Danish Gambling Authority).

The special panel will be moderated by Tal Itzhak Ron (Chairman & CEO at Tal Ron, Drihem & Co., Law Firm) and the panelist include generic names of the Scandinavian region such as Morten Ronde (CEO at Danish Online Gambling Association and Managing Partner at Nordic Gambling), Sissel Weitzhandler (Group Compliance Manager at Play’n GO), Gustaf Hoffstedt (General Secretary at the Swedish Trade Association for Online Gambling) and last but not least, Rolf Sims (Public Affairs Manager for Kindred Group in Norway and Board Chairman of the newly formed Norwegian Trade Association for Online Gambling Companies).

It was a couple of weeks ago, that Spillemyndigheden, the Danish Gambling Authority has proposed to amend Danish Gambling Act to restrict the amount of marketing for gambling games, particularly to reduce exposure of children to gambling advertising.

The move is to prevent gambling from evolving from a form of entertainment into a problem. “A new code of conduct should be considered a benchmark and only a minimum requirement for the gambling industry,” said the authority.

The authority also stated that the code of conduct is “an opportunity to set limits and tools in place that go even further than required by law. This includes preparing clear frameworks for game advertising content and ensuring that the amount of advertising is reduced and restrictions are in place.”

The move will affect gambling-related advertising on TV stations.

Earlier this year, the gambling authority of Denmark has censured social media giant Facebook for promoting illegal gambling websites on its platform.

Sweden’s newly liberalized online gambling market has only been in place for a couple of months, but already it is proving a success. Spelinspektionen (the Swedish Gambling Authority), granted licenses to 60 gambling operators before the new laws were implemented on January 1. It has since approved more operators, bringing the total number of license holders to +70.

However, the fears of the operators have not been cleared yet, as it was just a month ago, that Sweden’s Minister on Public Administration, Ardalan Shekarabi said the government will be making more stringent regulations on gambling advertisements. He also summoned representatives of the gambling industry to parliament for a discussion on this topic.

The act stipulates that all gambling companies operating in Sweden be licensed and that they must ensure gambling advertisements are restrained.

The act also bans direct marketing of gambling companies of individuals who have barred themselves from gambling. Over 20,000 people in Sweden have self-selected to be barred from access to online sites, but the minister noted that these rules were not being complied with across the board.

According to a surprising new study, the majority of people with a gambling addiction in Sweden are women.

The country’s public health authority unveiled that almost two-thirds of the gambling addicts in the country (64 percent) are female. The survey also found that while the overall number of gamblers decreased since the last survey in 2015, the number of problem gamblers rose by 50 percent. Women made up half those considered problem gamblers.

He pointed out the fact that there are currently only two gambling providers authorized in Norway – both state-owned. He termed the present regime not sustainable. He also said that the present system depletes Norwegian state tax revenues and jeopardizes the task of keeping control of the market.

He urged the Norwegian government to develop a regulated market, based on multi-licensing and focusing on a high level of consumer protection.

When it comes to gambling legislation, some European countries give their citizens maximum freedom and others impose maximum restrictions. One country, Norway, fits both descriptions. Despite the best efforts of the Norwegian government to monopolize gambling in recent years, its citizens are free to play online bingo or use online casinos without fear of punishment.

For more details about the calendar, agendas and locations, visit the Live Events/Conferences section on https://europeangaming.eu/