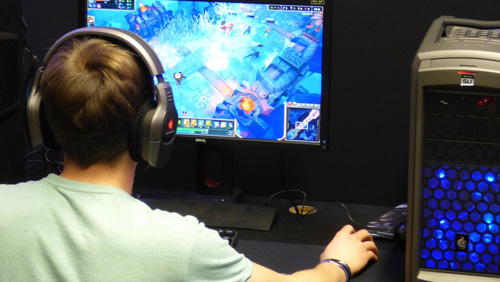 A native Indian tribe out of Washington State is taking on Valve Software. The Quinault Nation has filed a lawsuit against the company, accusing it providing—and encouraging—illegal gambling through skins betting activity in video games such as Counter Strike: Global Offensive (CS:GO) and others. The tribe alleges that the activity, apart from being illegal, results in unfair competition.

Skins are items in video games that relate to players—body armor, weapons, etc. According to skins.cash, which maintains a blog on different skins, the most expensive CS:GO skin ever sold on Steam was the Artic Warfare Police (AWP) Dragon Lore, which went for over $61,000.

According to the lawsuit, “Valve is well aware of the skins gambling that goes on, is well aware that skins have real world cash value…and actively encourages and facilitates skins gambling.” It alleges that Valve is engaged in “unfair competition” with regulated casinos in Washington because it is operating without a gambling license.

Valve has been the target of skin gambling lawsuits in the past. Most notably, it was sued in Connecticut in 2016 for the same reasons as the Quinault lawsuit and the company sent cease-and-desist orders to a number of skin gambling sites. However, that action didn’t go far enough and the sites are now back in full swing.

Valve doesn’t provide any of the skins gambling activity directly. However, those that do can only operate by using Valve’s software. The lawsuit adds, “Valve has profited handsomely for years from illegal online gambling, and has made only token efforts to stop it.”

Washington State has taken a dim view of anything that could be even remotely considered gambling. The state determined that gambling is “risking something of value on the outcome of a contest of chance” when it heard a case involving Big Fish Casino and its free-to-play games. A federal court supported the state’s position on appeal and Valve is going to have a difficult time defending itself in light of the court’s stance.

In addition, according to previous arbitration on skins in Washington, “Arbitrators ruled that Skins were a thing of value in that what the users were doing was gambling and was illegal,” asserts the lawsuit. With that being the case, Valve should most likely accept defeat and move on.