Munich, Germany – The DKB Handball Bundesliga and Sportradar, the global leader in sports data intelligence, today announced an official Integrity Services partnership, which goes into effect at the start of the 2019-20 season. The announcement comes on the heels of the REWE Final Four (German Domestic Cup) in Hamburg, Germany. 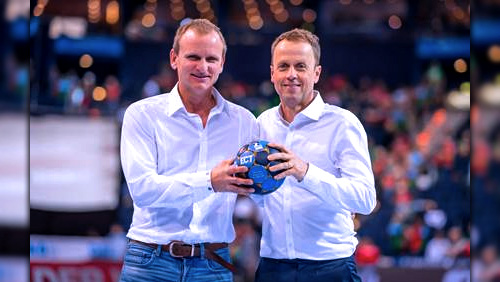 As part of the agreement, Sportradar will monitor and analyse all DKB Handball Bundesliga and the men’s DHB Cup, including the Final Four, using its market-leading Fraud Detection System (FDS), which is also trusted by the European Handball Federation (EHF).

“Handball is constantly growing and becoming more and more important on both national and international levels. Due to its outstanding significance, it is therefore a consequential and important step for the DKB Handball Bundesliga to take preventative and professional action in this area,“ said Frank Bohmann, CEO of the HBL GmbH. “After having successfully cooperated with Sportradar already back in 2010, we will now be profiting from their optimised services.”

Sportradar will also deliver educational workshops to players, clubs, staff and officials of the DKB Handball Bundesliga, which are designed to inform participants on potential integrity threats, how they can promote correct and ethical behaviours, as well as guard against any unlawful activities.

In addition to providing Integrity Services for the DKB Handball Bundesliga, Sportradar has been the league’s official data partner since the 2015-16 season.

“It’s an honour and a privilege to extend our relationship with the DKB Handball Bundesliga and help safeguard Germany’s leading handball competition from integrity issues and threats,” said Andreas Krannich, Managing Director of Sportradar Integrity Services. “We look forward to monitoring the league’s various divisions and tournaments as well as working alongside stakeholders to educate them on how, why and where the dangers lie.”

The DKB Handball-Bundesliga is the top handball league in Germany. Founded in 1966, it is responsible for the 18 teams in the top-tier and the 20 teams who make up Division 2.

Since 2012, the league’s naming rights have been owned by the Deutsche Kreditbank (DKB), hence the name DKB Handball Bundesliga.. The DKB HBL is responsible for the organisation of the league competitions – the 342 matches which make up a Bundesliga season and the 380 matches which make up a Division 2 campaign. Beyond that, it is in charge of organising the domestic cup competitions, including the REWE Final Four tournament as part of the DHB Cup, the Super Cup, the All Star Game and the Rookie Cup, Germany’s largest youth handball tournament. More information can be found on www.dkb-handball-bundesliga.de/en

Sportradar is the leading global provider of sports data intelligence. Established in 2000, the company occupies a unique position at the intersection of the sports, media and betting industries, providing sports federations, news media, consumer platforms and sports betting operators with a range of solutions to help grow their business. Sportradar employs over 2,000 people in more than 30 locations around the world. It is our commitment to excellent service, quality and reliability that makes us the trusted partner of more than 1,000 companies in over 80 countries and official partner of the NBA, NFL, NHL, MLB, NASCAR, FIFA and UEFA. We monitor, analyse and deliver insights from more than 400,000 matches annually across 60 sports. With deep industry relationships, Sportradar is not just redefining the sports fan experience; it also safeguards the sports themselves through its Integrity Services division and advocacy for an integrity-driven environment for all involved.

Trusted and relied on by more than 100 sports governing bodies, anti-doping organisations, clubs and law enforcement agencies worldwide around the world, and staffed with executives who have both implemented betting policies for the world’s largest sports bodies and provided large-scale consulting services to leagues in the integrity space, they are firmly established as the unrivalled market leader in the field of sporting integrity.