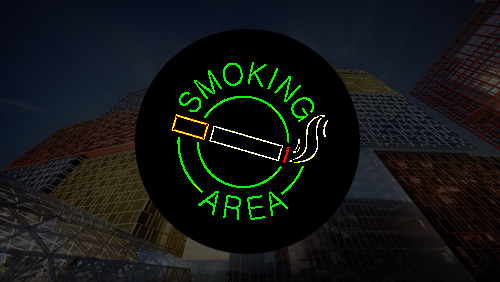 Those hoping for their nicotine fix at MGM Cotai casino resort are going to have to wait a little longer. Macau’s Health Bureau announced on April 2 that MGM China Holdings Ltd., the operator of the resort, is still waiting for approval for upgraded smoking lounges, reports GGRAsia.

The bureau has not responded to requests for comment as to why MGM Cotai is still waiting for approval. They haven’t held back for other requests, approving 588 of them for 35 other casinos.

The smoking lounges are located near the gaming areas of the resorts to serve patrons who wish to smoke. Without them, the operators are forced to ask customers to leave the building for a drag, possibly losing a customer. Not having an upgraded smoking lounge puts MGM Cotai uniquely at risk of losing their customers to the competition.

Before December 31, 2018, VIP rooms were the only locations gamblers could smoke inside a casino’s premises. Since then, new smoking laws force casinos to request approval for their lounges, a rule that had a grace period during 2018, but is now fully in effect.

We also now know that there are still 12 casinos that have not requested to have an approved smoking lounge. They are Eastern Casino, Grandview Casino, Macau Jockey Club Casino, Casino Taipa, the Royal Dragon Casino, and seven Mocha clubs.

MGM Cotai is at least not on the naughty list of smoking room violators. The bureau singled out the Galaxy Macau as a smoking rule violator, finding 446 instances of smoking violations in the resort during the first three months of 2019.

Getting this situation straightened out is not just a matter of customer convenience, but security as well. In January, a man assaulted police officers outside the Galaxy Macau, when they asked him to stop smoking. He might have been one of the few not happy to violate the resorts smoking laws, but it would have been better for all involved had he found a nice comfortable lounge to enjoy his cigarette from.