Powerball jackpot reaches $625M, but days could be numbered 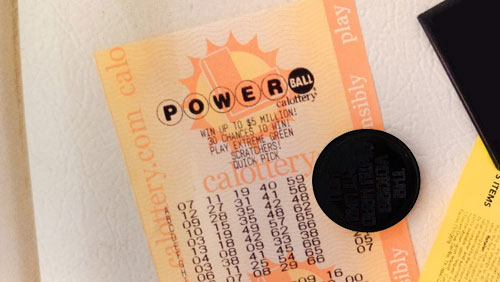 This past Wednesday, the latest edition of one of the largest lotteries in the U.S., the Powerball, saw its jackpot jump to about $625 million after no one had selected the six winning numbers. The lottery rolled over and will be held again this Saturday, but its future is questionable as the deadline approaches for the Department of Justice (DOJ) to begin enforcing its position on the Federal Wire Act.

There are two multi-state lotteries in the U.S.—the Powerball and the Mega Millions. Both pool revenue from their respective participating states and the DOJ recently decided that, according to the wording in the Wire Act any type of interstate online gambling is illegal. That decision contradicted the department’s previous position from almost nine years ago and is now being challenged in court by a number of states.

The DOJ, when it issued its opinion in January, received a considerable amount of backlash and has now delayed enforcement of its position twice—the first time for 90 days and the second for 60. This was seen as a positive move by the states, as it could be an indication that the DOJ is reconsidering its opinion.

The Powerball lottery has expanded over the past several years and is now offered in 44 states, the District of Columbia (D.C.), the U.S. Virgin Islands and Puerto Rico. The Mega Millions lottery is found in the same regions, with the exception of Puerto Rico. Both have become an integral part of the territories’ annual budgets and trying to remove them now could have dire consequences.

To put things in perspective, the largest single jackpot from the Mega Millions lottery came in October of last year when one ticket matched the six numbers. That gave the winner a $1.537-billion payday. In January 2016, three winners shared a pot worth $1.586 billion when their tickets matched the draw. In 2015, Pennsylvania earned $1.3 billion from lotteries—a significant amount of money by any standards.

There are still several months left before the DOJ begins enforcing its Wire Act position. It might decide to flip-flop once again and revert to its former stance, but it has already set a bad precedent by even trying to change the rules this late in the game. If the department doesn’t change its tune, there’s no doubt that states won’t go down without a fight and things could get ugly.