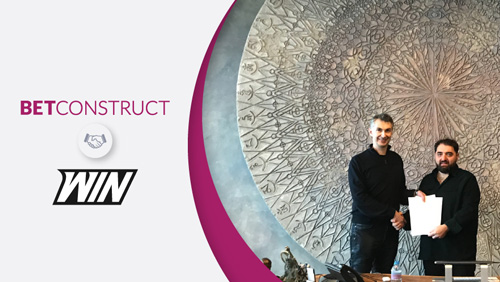 BetConstruct has signed a deal to provide Winners.bet with esports offering and Odds Feed Service.

The software developer shares constant growth and improvement values of Winners.bet and this kind of like-mindedness brought the companies together. With the offering of the major championships such as League of Legends, CS:GO, DOTA2, KOG, Starcraft, Starcraft2, Rainbow Six, BetConstruct will be providing an outstanding esports betting experience to the players of Winners.bet. From the ground up, the company was built by people who share the same passion for esports that every fan has. Across Winners.bet platform users will be able to place bets on more than 500 annual tournaments while watching event streams and customizing their experience with a number of options. Having already submitted the gaming application to the Malta Gaming Authority, the operator is looking forward to getting started on their journey.

Winners.bet is one of three primary WIN products, along with Winners League and WIN.GG.

Winners League is a Counter-Strike: Global Offensive league offering teams the opportunity to prove their skill and ability in a competitive environment. Winners League is already the biggest league on the Faceit platform after just one season of play, with over 700 teams registered. The second season of Winners League will kick off in April with increased prize pool and added competition in North America for the first time.

WIN.GG is a comprehensive esports media platform. Featuring breaking news, expert analysis, live scores, updating schedules, and one of the biggest statistical and informational databases in all of esports, WIN.GG is at the cutting edge of esports media.