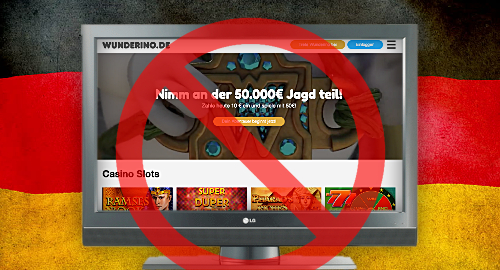 Online casino advertising has no place on German airwaves, according to a missive issued by the country’s broadcasting regulators.

On Wednesday, German media reported that state telecom regulatory bodies had sent letters to hundreds of private TV and radio stations reminding them that running promotional spots for online casino operators “is not allowed under current legislation.” The broadcasters were strongly urged to reconsider “future placement of advertising in your programs.”

The letter, which was dated February 25th, appears to have largely achieved its goal. Wolfgang Bauchrowitz, deputy director and legal advisor at the Media Authority of Hamburg Schleswig-Holstein (MA HSH), said the number of online casino ads had “significantly decreased” in recent weeks. Bauchrowitz also warned that broadcasters who continued to run such ads would likely comply after “administrative means” were applied.

The letters were issued following the recent expiration of the online casino licenses issued by the state of Schleswig-Holstein (SH) in 2012. SH was the only one of Germany’s 16 länder (states) to formally authorize online casino activity after initially refusing to sign on to the 2012 federal gambling treaty that would have permitted only online sports betting.

Meanwhile, that 2012 federal treaty, which was ultimately deemed illegal by both local and international courts, is set to expire on June 30, 2019. Germany’s states have attempted to garner consensus on a mutually acceptable follow-up but these efforts have so far proved fruitless, in part because SH continues to press for a more expansive regulatory scheme than that desired by most of the other states.

On Feb. 26, the government of the Lower Saxony said a temporary stop-gap measure that would extend the current ‘toleration’ of online sports betting is scheduled to be signed on March 21. German media outlet Welt am Sonntag reported that new German betting licenses would take effect January 1, 2020. These licenses would be valid until June 30, 2021, by which time the expectation is that consensus on a permanent regulatory scheme can be achieved.

The 2012 gambling treaty limited the number of betting licenses to 20, an artificial cap that was successfully challenged in the courts by the other 15 companies who’d made it to the second round of the application vetting process. The new regime will reportedly be open to all qualified entities. However, the SH government reportedly expects a carve-out that will allow the state to go on licensing online casino operators.

Some of the online casino operators that were lucky enough to receive an original SH license continued to advertise their products – not just in SH but across Germany – after these licenses expired. It was these companies’ use of the SH coat of arms in their promos that reportedly contributed to the telecom watchdogs issuing their warning letter to broadcasters.

Should SH win its online casino carve-out, some of these boundary-pushing licensees may find the new licensing application process a wee bit tougher than last time.