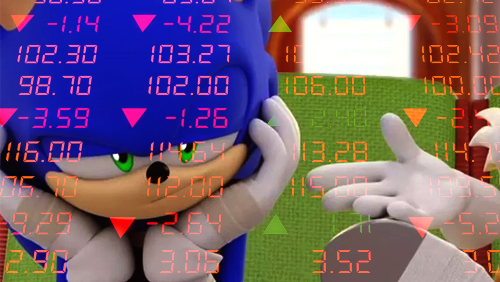 Sega Sammy’s consolidated financial report for Q3 showed a 6.8% decline in company-wide revenue over the nine months leading up to December 31, 2018. Initial financial results show that the company suffered a $24.5 million loss in digital games even though that segment of their business generated $267.2 million. A 20% drop in Sega Sammy’s pachislots and pachinko segment is of particular concern.

In a company release, Sega Sammy cited lower than expected acquisition status of approval in prototype testing and unmet machine sales projections as being main factors in their struggling pachislots and pachinko machine segment. The company plans to increase their efforts to introduce a full supply of titles that conform to new regulations along with lowering costs in order to improve earnings in that segment.

Demand for pachinko has been on the decline recently mainly due to the availability of other gaming options. It is believed that Sega Sammy is well aware of this and they are setting themselves up in the casino business. They have partnered with South Korean-based Paradise City and started a marketing campaign in Japan where casino licenses are expected to be issued in 2020. The company has revised an optimistic projection of ¥122 billion ($1.1 billion) in pachislot and pachinko machine sales to a more modest ¥102 billion ($929.4 million).

Newly released digital games “Ryu ga Gotoku Online” and “Idola Phantasy Star Saga” are two of the 12 titles that were planned for the fiscal year. Sega Sammy revised that number to nine but they are confident that upcoming releases will help recover their operating losses. Sales of packaged games like Football Manager 2019 and Judgment remain steady but upcoming releases of such games as Total War: Three Kingdoms and Catherine: Full Body will need to perform well.

It wasn’t all doom and gloom. Packaged games generated $397.3 million in revenue and $73.6 million in profit. In all, the entertainment side of the business generated $1.51 billion in revenue with $664.7 million of that coming from digital and physical games. However, the company’s operating income fell to $108 million which is a 53.5% year-on-year drop. The entertainment segment took a hit with a 38.3% year-on-year decline to $96.4 million.

It is quite obvious that almost all of the company’s Q3 projections that were made in May were far off the mark. It will be interesting to see how close they can come to meeting the revised figures. Sega Sammy consists of nearly 100 business units and employs over 60,000 people.

Japan’s IR plans may be delayed, but PM confirms the push is on
Erik Gibbs
29 October 2020