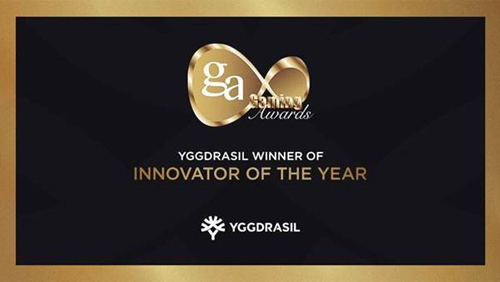 February 5, 2019 – Yggdrasil has cemented its position as the industry’s most innovative provider, after being named Innovator of the Year for the third year in a row at the 2019 International Gaming Awards.

2019 marks the third consecutive year that Yggdrasil has been successful at the prestigious ceremony and the award cements its position as one of the industry’s most respected and acclaimed suppliers.

Yggdrasil Gaming CEO Fredrik Elmqvist said: “Innovation is in our DNA and we constantly strive to remain ahead of the game by making our products cutting edge and unique.

“All of our innovations have been very well received by both operators and players. Supporting our customers’ success and having our games top of mind with players is what drives us to continue revolutionising the iGaming space.

“I am extremely proud of all the hard work put in by everyone within the company.”

About Yggdrasil
Yggdrasil is a provider of superior online gaming solutions for igaming operators. The business was founded in 2013 and has since emerged as one of the industry’s most respected and acclaimed suppliers. Yggdrasil operates a highly scalable business model and covers three product verticals: Casino Slots, Table Games and Bingo, in addition to the business verticals: Yggdrasil White Label Studios, YGS Masters and Yggdrasil Dragons. Since its inception, Yggdrasil has embarked on a solid growth trajectory enabled by a strong corporate culture focused on innovation, creativity, quality and technology leadership. Yggdrasil is headquartered in Sweden and has offices in Malta (operational HQ), Poland and Gibraltar.