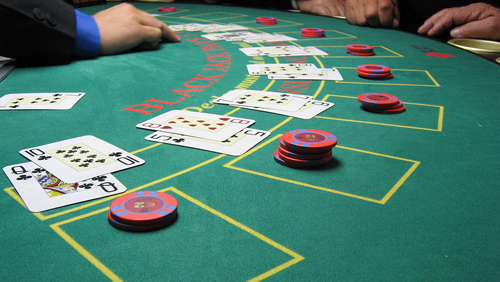 A teenage card dealer in Washington State has learned the hard way that the house always wins. Steven Darnell Singer, a 19-year-old blackjack dealer working at the Clearwater Resort in Suquamish, WA, has been arrested after he was allegedly caught helping players cheat the house. He is charged with first-degree cheating, which is a Class C felony. If convicted, he could be looking at as many as five years behind bars and a fine of as much as $10,000.

The casino, which is owned by a local tribe, received a tip from another dealer that he was colluding with players and launched an investigation earlier this month. According to various news sources, Singer was caught on film giving tells to players in order to indicate when they should hit or stand.

Singer began working for the casino last April. The venue is one of only a small number of Native Indian casinos in the state that allow gambling by those between 18 and 20 years of age.

Washington State law stipulates that an individual can be found guilty of cheating in the first degree when he or she cheats or “knowingly causes, aids, abets, or conspires with another to engage in cheating” and “holds a license or similar permit issued by the state of Washington to conduct, manage, or act as an employee in an authorized gambling activity.”

An adult found guilty of cheating in the first degree can be sentenced to prison and be fined as much as $20,000.

Singer had his bail set at $10,000, but no details were available regarding whether or not he had been released.

Singer certainly isn’t the first (or the last) casino employee to try and game the system in recent times. Last September, a former baccarat dealer at the MGM National Harbor was charged by federal authorities for his involvement in a million-dollar cheating conspiracy. An Aussie croupier from Crown Casino Melbourne went before a judge last April for his role in a scam that sought to cheat the casino out of more than $286,000.

Last November, even a casino was called out for its role in cheating. The Mark Twain Casino in LaGrange, Missouri was issued a fine of $50,000 for not doing enough to prevent cheating after multiple instances of scams were determined to have been conducted at the casino between December 2016 and August 2017.