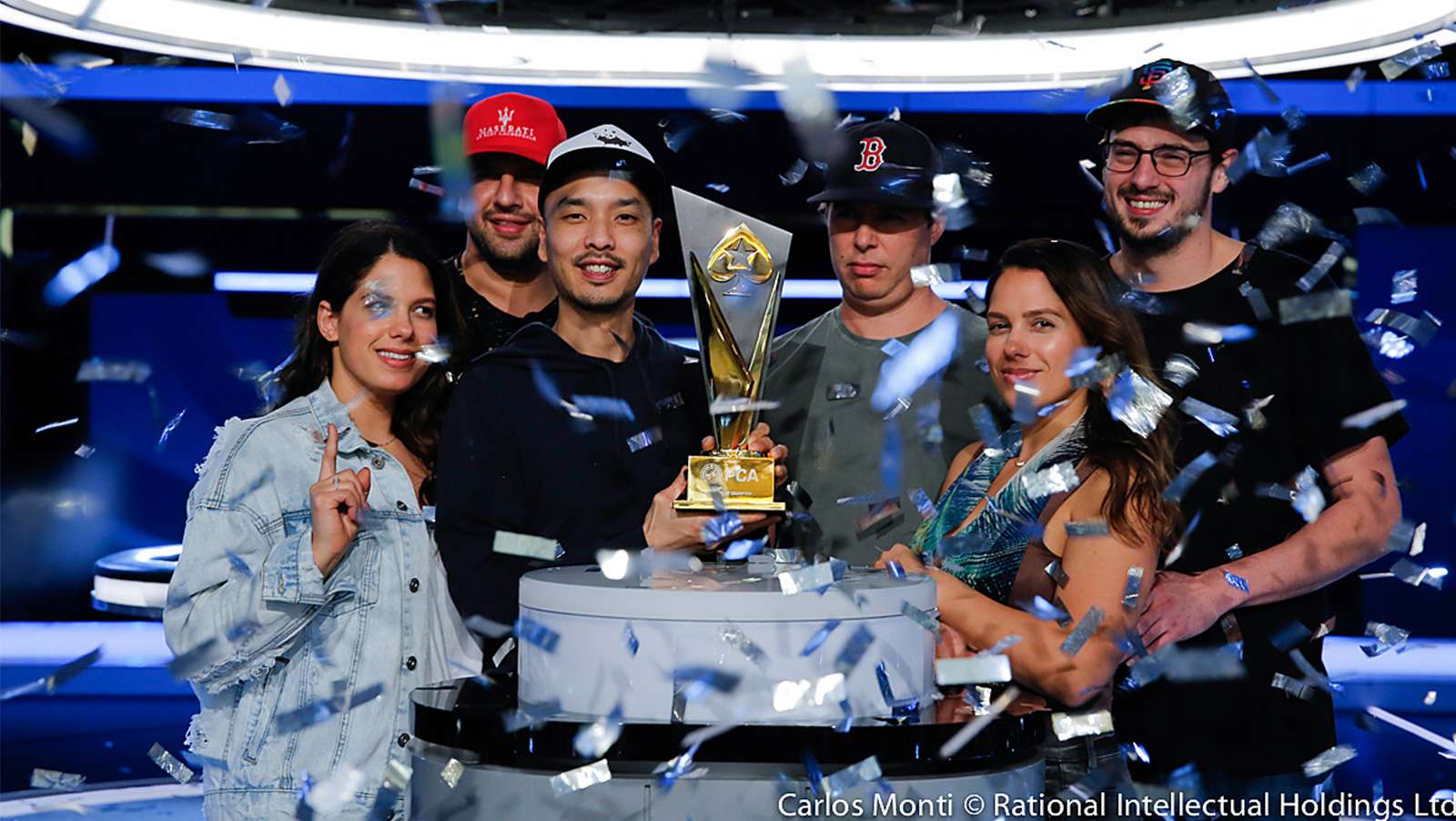 The final report from the PokerStars Caribbean Adventure as the $10,300 Main Event throws up two different storylines, as Chino Rheem dominates the final table to win the $1.5m first prize, and a Canadian Buddhist donates the entirety of his $671,240 purse to charity.

I would love to sit down with Chino Rheem, stab him with sodium thiopental, shove a lit cigarette in his mouth, and a voice recorder switched ‘on.’ The poker circus took a hammer to the 38-year-old from Los Angeles a long time ago. There are pieces of him all over the place.

I don’t care if you’re The Jigsaw Champion of the World, you won’t see the full picture. There will always be pieces missing.

The rest of us stare at the various plane crashes in his life, accepting that the black box remains lost, and our only hope is to thin slice the man. So I do, and when the results land in my crosshairs, I see a young kid who has all the ability in the world but doesn’t want to do the work.

There is a straight-A student inside the man, but while the rest are busy burying their heads in textbooks, Rheem is outside betting his dinner money on a game of hopscotch.

Like a paper flung from a blind paperboy’s hand, I may be well off the mark, when I assume that you’re unlikely to find Rheem sitting in front of a computer feeding hand computations and scenarios to a robot, and I wonder, what if he did? How good could he become?

Rheem began the final table of the 865-entrant (623 unique, 242 re-entries) $10,300 PokerStars Caribbean Adventure (PCA) Main Event with the chip lead, and he never once lost it in a performance that was as dominating as you will get in such a high profile event.

“I’m very grateful even to have the opportunity to come here and play, and I’m blessed to be able to win it,” Rheem told PokerNews after his win. “Things just went my way. Nature ran its course. It’s a special feeling. You always need your confidence back. These are the tournaments you live to play for. Things just went for me. When I was all-in at risk, I got there. I won a lot of all-ins, favourite or not. I ran really good, and I will take it. It means a lot to me to do it for the people who were there for me.”

Rheem has been here before.

With $10,513,973 in live tournament earnings, 12-wins, five seven-figure scores, and now a PCA Main Event title to add to his three World Poker Tour (WPT) titles, it’s not the first time that Rheem has had to face the firing squad at the end of a tournament.

The theme remains the same – gratitude for second, third and fourth chances.

People back him because they see something in him, something more than being an exceptional poker player.

The WPT Champions Club member opened to 200,000 holding A3dd in early position. Rheem three-bet to 700,000 out of the big blind, holding pocket queens, Altman moved all-in, and Rheem called. Altman whiffed the flop, turned a trey, to give him some hope, but that ended with the Ts river.

Then Rheem’s confidence shone through with the elimination of Vincent Bosca in fifth place. Bosca opened to 260,000 with AJdd in late position, and Rheem defended his big blind holding 53cc. The flop was QcTd3d to give Rheem a pair of treys, and Bosca 1,234,587 outs. Rheem checked; Bosca bet 300,000, Rheem check-shoved, and Bosca made the call. Rheem faded his outs, and Bosca hit the rail.

Paul Veksler exited the competition in fourth place when Rheem’s pocket sixes dodged the landmines laid by AQ, and then came the end of the Scott Wellenbach fairytale.

The 65-year-old Buddhist from Halifax, Canada, qualified for the event via a $500 online satellite and vowed to donate 100% of his winnings to charity. The man who had Igor Kurganov holding his gumshield left the competition in third after Rheem’s AT beat KQ in a straight up dash.

Wellenbach told PokerNews that the size of his purse ($671,240) would not alter his decision. He wouldn’t touch a penny of it.

“I hope that a wise decision happens, and the money goes to good purposes, and other sentients beings, animals whatever, beings with feeling, that their lives are eased in some way.” Said Wellenbach when asked if he would be sticking with his guns.

The philanthropists’ exit left Rheem facing his fellow WPT Champions Club member, Daniel Strelitz, heads-up, for the title, and a half a million pay jump with a dominating 20.9m v 4.9m chip lead.

The pair traded blows for six hands before Strelitz opened shoved the button for 3,590,000, holding A2ss, and Rheem made the call with pocket fives. The flop was high – KhJcTc – but absent of any aces, and the spades stayed in the garden shed. The 3h on the turn left Strelitz needing a queen or an ace to survive, but neither arrived. The Ts landed on Fifth Street; Rheem shook his opponent’s hand and swaggered over to the rail to celebrate with the people who have pieces of that jigsaw in their pockets.