Keith Meister joins the board of MGM Resorts

MGM Resorts International has a new director on its board. Keith Meister, the managing partner and chief investment officer of Corvex Management LP, has been tapped to fill a seat on the board, effective as of January 18. Corvex owns approximately 3% of MGM’s shares. 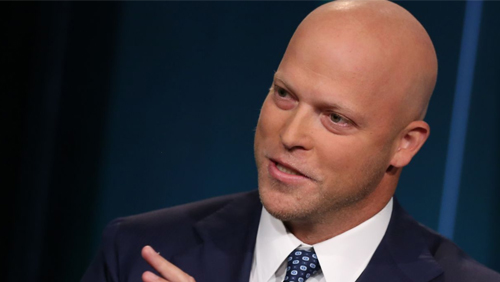 In a written statement from yesterday, MGM’s chairman and CEO, Jim Murren, stated, “[We] are aligned on our strategy to increase free cash flow, continue to pursue an asset-light model, drive margin improvement and position the company for long-term future growth. Keith’s strong track record of helping companies maximize value for shareholders as well as his experience in real estate and gaming will be invaluable.”

Meister was previously a director of Yum! Brands Inc, a fast-food company, as well as ADT Corp., The Williams Companies, Ralcorp Holdings, Inc. and American Casino and Entertainment Properties LLC. He also served as a director in Motorola Inc. and its subsidiary, Motorola Mobility, Inc.

Meister said in a prepared statement, “MGM is focused on driving profitable growth, and, with my experience in the gaming industry and other similarly situated companies, I can be helpful in amplifying these efforts. I expect to be a long- term investor in MGM as we work collaboratively to build an even reagreater company.”

MGM is one of many casino operators that is highly interested in launching an integrated resort in the newly-created casino industry in Japan. To help with its efforts, it recently tapped the former governor of Nevada, Brian Sandoval, to be its president of global gaming development and to help with those efforts. Sandoval officially joined the firm only a day after he vacated his position as Nevada’s governor.

According to a recent report by the company, MGM has introduced its “2020 rationalization plan” that will lead to an increase in its EBITDA (earnings before interest, taxation, depreciation and amortization) of $200 million in 2020. It will also produce an increase of $100 million in EBITDA the following year. The plan incorporates a number of changes that are designed to help the company cut labor costs, streamline and digitize many of its operations and optimize its revenue.