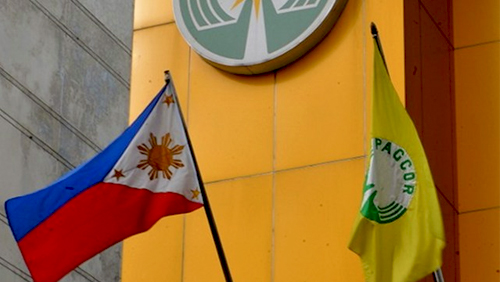 PhilWeb, a Philippine-listed gaming technology provider, approached the Manila Regional Trial Court recently, hoping to block a new regulation that, according to the company, significantly favored competitor Inter-Active Entertainment Solutions Technologies, Inc. (IEST). PhilWeb argued that the Philippine Amusement and Gaming Corporation (PAGCOR) was giving the advantage to IEST over the proposal for an Electronic Gaming Management System (EGMS), the wording of which would give IEST more strength in bidding for the system. PAGCOR has now issued a response to the complaint, stating that it is nothing more than a “figment of imagination.”

PhilWeb had stated to the courts, “IEST, as the lone IPLMA holder, already possesses tremendous benefits and advantages over its competitors… But if the EGMS pushes through, as it is defined and delineated by Pagcor in its invitation to bid, the advantages in favor of IEST will be increased significantly.”

In issuing its response, PAGCOR directed its comments to the CEO of PhilWeb, Gregorio Maria Araneta, III, stating, “This allegation of bias is absurd and nothing more than a mere figment of Mr. Araneta’s imagination.”

The organization further explains, “[B]ecause IEST has an existing and valid contract, the licensees operating in relation to PAGCOR’s Intellectual Property Licensing & Management Agreement (IPLMA) with IEST cannot immediately be covered by the EGMS, instead they are monitored under the existing procedures. At any rate, once the IPLMA of IEST expires, these licensees will be covered by the EGMS as well.”

PAGCOR states that the EGMS is a fundamental component of the EGS accreditation framework. By taking the case to the Philippine courts, Araneta is in essence forcing PAGCOR to “close the operation of our licensees using their system.”

President Duterte has halted online gaming in the Philippines. This move forces PAGCOR to comply with the presidential order and, further, could force PAGCOR to stop online gaming operations under the EGS accreditation framework.

PAGCOR further states, “PAGCOR is not going back to the old arrangement of relying on the system providers (PHILWEB) of the licensees to monitor the income of the licensees for us, that’s the reason why the President ordered closure of online gaming in the first place.”

PhilWeb’s attempts at getting the courts involved could cause the entire process to backfire. PAGCOR closes its response to the allegations by stating, “It is ironic that when PAGCOR implemented the EGS accreditation framework, critics accused us of using it to resuscitate PHILWEB’s business, but now PHILWEB is the one accusing us of bias in favor of its competitor.”