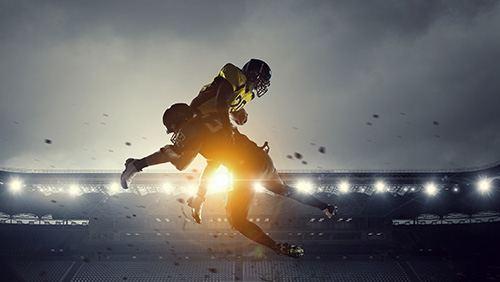 Being as all four teams had first-round playoff byes, not much has changed at the top, nor should it have. The Saints are now +250, Chiefs +400, Rams +400 and Patriots +550. If you are wondering, and we were, the Saints and Chiefs (should chalk hold, which it often doesn’t) haven’t met since Week 7 of the 2016 season in Kansas City, a 27-21 Chiefs win. Take very little from that because current Chiefs star quarterback Patrick Mahomes was still at Texas Tech, and those Saints were just 7-9 that year.

The NFC third-seeded Chicago Bears had the shortest Super Bowl odds of +675 of the eight teams to play on Wild Card Weekend. Three favorites lost last weekend and the Bears were the biggest of them, falling 16-15 to the defending Super Bowl champion Philadelphia Eagles. Chicago kicker Cody Parkey had issues this season in hitting uprights, and on the potential winning field goal against Philly in the final seconds he not only hit the left upright but then the crossbar too from 43 yards out.

Philadelphia had been a +2800 co-long shot with the Indianapolis Colts to win the Super Bowl, but the Eagles are now +1400 as they head to New Orleans this Sunday as the weekend’s biggest underdogs again. How crazy good has Eagles backup QB Nick Foles been in the past two postseasons? He’s now 3-0 when trailing in the second half over the last two playoffs, and all other quarterbacks are a combined 4-15.

The Colts are now +1200 and have lost just once since starting 1-5. They visit Kansas City this Saturday and have never lost to the Chiefs in four all-time playoff meetings. The Los Angeles Chargers are +900 to win that franchise’s first Super Bowl after upsetting the Ravens in Baltimore. The Bolts haven’t lost outside the Los Angeles area this season and visit the Patriots on Sunday.

The Dallas Cowboys are the new Super Bowl long shots at +1800 even though they were the only favorite to win on Wild Card Weekend, beating the Seattle Seahawks. The Cowboys visit the Rams on Saturday night.