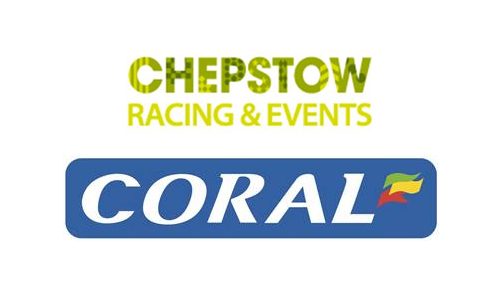 Under this latest deal Coral will continue its support for Wales’ most prestigious race through to the 2022 renewal, which will be the 50th year of the sponsorship, the longest Graded race sponsorship in British jump racing.

Ladbrokes Coral PR Director, Simon Clare, said “It is a source of great pride that Coral has maintained such a long and successful association with this historic jump race. The Coral Welsh Grand National is one of our flagship sponsorships and we are looking forward to celebrating the 50th anniversary of our partnership in 2022”.

Executive Director of Chepstow Racecourse, Phil Bell commented, “We are absolutely delighted to renew our partnership with Coral for a further five years. They have been tremendous supporters of racing at Chepstow, and the Welsh Grand National in particular, for almost fifty years. It is a real honour for Chepstow to host one of the longest running jump race sponsorships in the UK.”

For more information, or to buy tickets, please visit www.chepstow-racecourse.co.uk

Arena Racing Company (“ARC”) is the largest racecourse operator in the UK. In 2019 ARC Group racecourses will host 570 fixtures with 1.2 million people attending racing at one of ARC’s racecourses each year.

ARC hosts racing at all levels of the sport from Class 7 through to Group 1s. Doncaster Racecourse is home to the world’s oldest Classic, the St Leger, run each year in September as part of the four-day St Leger Festival as well as the final Group 1 of the year in Britain, the Vertem Futurity Trophy. Feature jumps races include the Grade 1 Fighting Fifth Hurdle at Newcastle Racecourse, the Welsh Grand National at Chepstow Racecourse and Midlands Grand National at Uttoxeter Racecourse.

As well as racing, ARC also operates a hotel at Wolverhampton Racecourse, a hotel, spa resort and golf course at Lingfield Park and The Border Minstrel public house at Newcastle Racecourse in the grounds of Gosforth Park. The Hilton Garden Inn Doncaster Racecourse opened in September 2018.

ARC is a significant shareholder in the horseracing TV channel At The Races which is broadcast on the Sky platform to c.14 million homes, which will become Sky Sports Racing in January 2019.

In 2015 ARC set up The Racing Partnership. This limited company represents the media rights of the 15 ARC owned-racecourses and the 7 independent racecourses Fakenham, Ffos Las, Hexham, Newton Abbot, Plumpton, Ripon and Towcester.

ARC employs 650 permanent staff and engages with 3,500 casual staff for racing and events across its racecourses. Further information about ARC can be found at www.arenaracingcompany.co.uk.