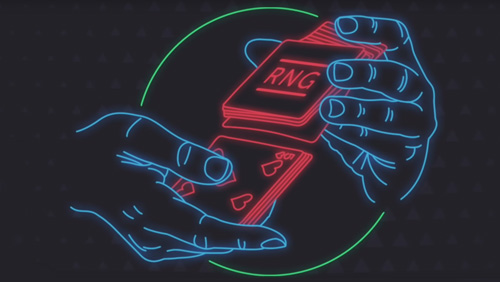 The online poker cryptocurrency room, CoinPoker, is offering punters a 1m CHP bounty if they can find a flaw in their all singing, all dancing, open source random number generator.

I’m the guy who doesn’t care about the Jack because I’m never changing a tyre. I’m sitting in the front seat reading Dare to Lead by Brene Brown while I wait for the mechanic to fix it.

Neither was I the guy asking to see the surgeon’s credentials before I lost a frenulum, hanging by a thread after being sliced open by an errant high heel.

And I’m not the guy playing online poker, suspicious that the security is so poo that the meteorologists and nuclear physicists amongst us can break in and see my hole cards.

If I were that guy, I would go fucking mental, quick-sharp.

A Bug is a Bug

A few nights ago, I was lying in bed (the floor) with my two-year-old daughter, reading The Scarecrow’s Wedding when she bursts out laughing. Her little finger pointed to a duck with a beetle in its mouth.

“What’s that?” she asked in between chuckles.

At this point, I seriously considered sending her to CoinPoker’s HQ to finish her conversation.

The online cryptocurrency poker room has put out a 1,000,000 CHP reward to anyone who can find a bug in their brand spanking new random number generator (RNG) software.

It’s billed as the only open source RNG in the world that provides players with the opportunity to participate in the shuffle, and verify if the RNG is behaving in the way it’s advertised on the tin.

To help idiots like me understand how it works they created a little video.

I have a few questions:

Did the creators of the RNG deliberately make it Einstein proof so nobody would bother checking it?

Am I just thick?

It’s hard work finding someone to deal in the local home game, why would they want to get involved in that complicated process?

While I am sure the new RNG makes it the most transparent card shuffler in the world and with Ultimate Bet’s God Mode scandal in mind, I still fail to see the value as an online poker room when it comes to marketing.

The opportunity to spend your time validating the shuffle-?

And while you’re at it, I’ll stick to my children’s books.