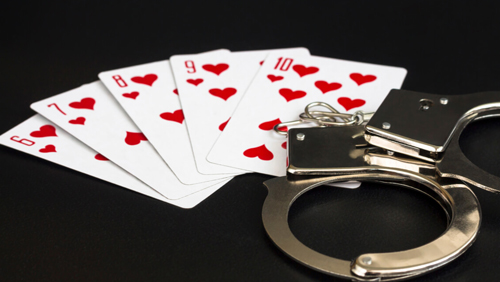 The Philippines National Bureau of Investigation (NBI) shut down another alleged illegal online gambling operation this week. After obtaining a search warrant from a Tarlac court, the bureau swooped in on a Pampanga province home where Chinese nationals were reportedly working out of.

Local news is reporting the NBI was tipped off that there might be an illegal set up by a November 29 intelligence report, covering activities run without licenses.

In total, 12 Chinese nationals were arrested, with one more still being searched for, as he was not in the building at the time of the raid, according to media reports.

In addition to the arrests, government agents seized 13 computers, 15 mobile phones, and some networking equipment. NBI Digital Forensic Laboratory agents confirmed the devices were being used to communicate with clients, handle funds, and provide maintenance on the operation.

This is the second raid of a Chinese illegal operation in a month. On November 22, 93 Chinese nationals were arrested in a similar sting operation.

These increasing arrests come despite Philippine President Rodrigo Duterte’s urging that authorities show caution, for fear that Filipino’s working abroad in China might face retaliation as a result of the increased pressure.

Despite that urging, it appears the pressure may only increase. Although it was reported that 22,600 Chinese were in the Philippines in 2017 with valid working visas, the true number of Chinese working in the Philippines, largely in the online gambling industry, is estimated to be much higher. As a result, there are probes underway to find out the true scope of the problem, as well as urging from senators for operators to focus on hiring and training locally.

Learning the Mandarin language is easier said than done however, and the increasing demand for online gambling in China will be tempting to operators who want to supply for it. Although some senators are calling for strict regulatory oversight, it may force more operations deeper underground, hiding the problem rather than solving it.