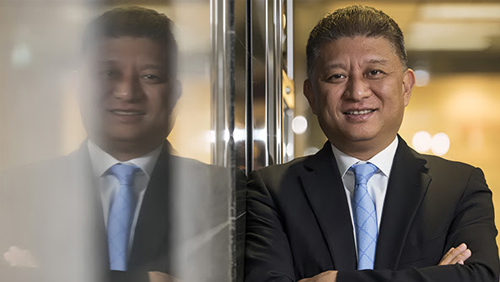 There’s a few things you expect from marriage: Lifetime companionship, less nights out with the boys for more movie nights at home, arguments about the correct position of a toilet seat, and if you’re Feng Linyi, sweetheart deals on gambling equipment.

Paradise Entertainment Limited (PE) announced their agreement with Mr. Feng Linyi through a filing with the Hong Kong Exchanges and the Stock Exchange of Hong Kong. In the agreement, which was finalized on December 14, “the company entered into the supply framework agreement with Feng [Linyi] for the sales of the products to the buyers for a term of one year commencing from January 1, 2019 and ending on December 31, 2019.”

Mr. Feng Linyi is known to PE because he’s the brother-in-law of the chairman and managing director, Mr. Jay Chun.

The deal will last for all of 2019, and allows Feng’s buyers to get the discount on no more than HKD40 million, or US$5.1 million, worth of equipment. By keeping it in the family, Feng has saved his group of buyers anywhere between 8 to 10%. They will then focus on the “development, manufacture, sale, marketing and distribution (where applicable) of electronic gaming products in the markets including but not limited to the United States, Canada, and Australia and elsewhere in accordance with the laws and regulations of the relevant jurisdictions on a non-exclusive basis.”

This is good timing for PE. Although they started the year strong and showed a 15.2% increase for the first half of 2018, In November they announced that Q3 fell short of expectations, coming in HKD19.7 million (US$2.5 million) lower than the previous year, primarily because of a fall in casino revenue. This new sale will more than make up for that gap.

With the holiday season starting up, don’t forget to check in with those in-laws; a real bargain might be waiting for you.