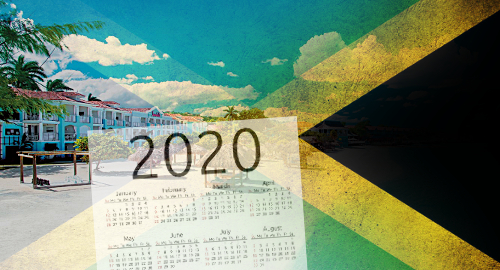 Jamaica plans to have its first integrated resort casino open to the public by the start of 2020, even though neither of the approved projects appears to be making much headway.

On Friday, Jamaica’s Minister of Tourism Edmund Bartlett gave a speech at a business seminar at the Sandals Montego Bay resort, during which he confirmed that the island’s first major casino operation – the identity of which went unspecified – expects to be up and running by the time the calendar flips over to 2020.

However, Bartlett insisted that the government didn’t see Jamaica “ever becoming a casino destination but rather a destination in which casino gaming is available.” Bartlett said the government’s observation of “some of the attendant negatives” of gaming in other jurisdictions had dampened its appeal somewhat.

Bartlett insisted that the government wouldn’t issue any licenses for standalone casino operations and that any resort operator licensed to operate gaming on the island shouldn’t expect its casino to provide over one-fifth of resort revenue.

Bartlett might have saved his breath, as the two resort casino projects to which Jamaica gave provisional approval back in 2015 – Harmony Cove Limited’s $970m resort in Trelawny and Celebration Jamaica Development’s $500m project in Montego Bay – have shown little sign that their plans are anything more than aspirational.

One year ago this month, developer Robert Trotta, the force behind the Celebration Jamaica project, passed away, but the company insisted that it intended to commence its Jamaican casino’s “pre-construction phase” by mid-2018.

In March, the government was reportedly mulling whether to revoke the license issued to Harmony Cove, which was still chasing investment backers to secure the land on which it hopes to build its resort.

Similarly, Jamaica’s mid-2017 promise to “fast track” online gambling legislation to bring the island’s sportsbook and race betting operators into the digital age also appears to have fallen by the wayside.

However, local lottery and race betting operator Supreme Ventures Ltd announced last week that it was establishing its first operational venture outside the island through the launch of an iBet ‘sport-themed gaming’ shop in Georgetown, Guyana. The company plans to roll out more Guyanese shops in 2019. Glad to see somebody’s on the ball, at least.