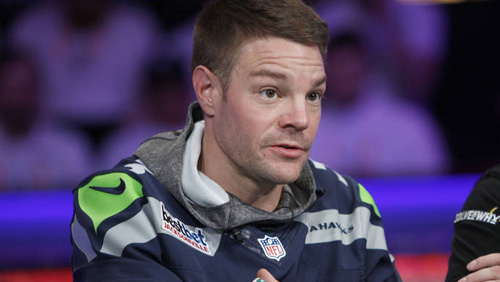 Prop bets are all the rage. From Herculean challenges to bathroom isolation, poker players have been creating some crazy bets lately, apparently looking for ways to challenge themselves. Now, Tony Miles, who finished as the runner-up at the WSOP Championship Event final table this past summer, is joining the growing list of players to be involved and has made a prop bet to appear on

The bet is between Miles and Shaun Deeb, the WSOP Player of the Year. Deeb apparently challenged Miles to secure a spot on the reality show, American Ninja Warrior (ANW). Not only did he have to get onto the show, he had to make it to the second round.

The stakes could be quite considerable. If Miles is able to complete the challenge in a year, his $5,000 could net him $120,000, with odds of 25-to-one. If it takes two years, the odds decrease to 20-to-one, which is still a sizable return. An additional year to win the challenge would see Miles pick up $75,000—still not bad for a man who won $5 million in one game this summer. If he doesn’t make it by the third year, he’ll have to hand over the $5,000 to Deeb.

According to PokerUpdate’s James Guill, getting on the show will be tougher than making it to the second round. He explains that over 70,000 contestants apply each year, but only less than 1% are selected.

ANW is a program that was based on a similar Japanese show where contestants have to work their way through a ridiculously difficult obstacle course that increases in difficulty across three stages. In the Japanese version, the final step is to take on Mount Midoriyama, a steel structure that reaches almost 100 feet tall. If someone is able to make it, the competitor is given the title of Ninja Warrior.

Miles is already preparing for the task. He has no qualms about admitting that he hasn’t always been the healthiest individual, but has accepted the challenge with a great deal of enthusiasm. If he doesn’t make it past the selection round, he still will have emerged a victor—at least he’ll be in better shape.