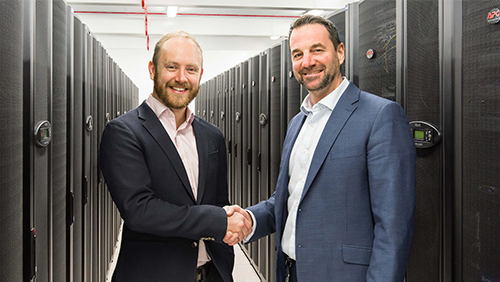 Luckbox is a highly innovative betting platform that will allow users to bet on esports – including Dota 2 and  CSGO – and is preparing for launch in early 2019.

In August this year it became the first cryptocurrency-supported esports project to be awarded a full licence under the Online Gambling Regulation Act (OGRA), issued by the Gaming Supervision Commission.

Both Luckbox and Domicilium are based in Isle of man. Domicilium is headquartered in Ballasalla but also has an global presence supporting the majority of the Isle of Man gaming license holders.

“The offering is compliant with the highest levels of regulatory jurisdiction, as required by the OGRA gambling licence and the service is a massively important part of our infrastructure.

“As with all of our third-party providers, the Luckbox team conducted an exhaustive process to select the perfect partner and we are delighted to be working with Domicilium.

“It’s also great to be working with a neighbouring Isle of Man company – further evidence that the island continues to be home of some of the most innovative and forward-thinking digital businesses anywhere in the world.”

The agreement follows the announcement that Omega Systems will provide Luckbox’s service platform.

Domicilium Senior Account Manager David Artus said: “Domicilium is delighted to have been chosen by the Luckbox team. This is a massively exciting esports project, one which will bring a great deal of kudos to the Isle of Man.

“Luckbox is an extremely technical organisation, using cutting-edge technology to achieve its global ambitions and in this regard Domicilium and Luckbox have the same technical ethos.

“We have a strong mutual respect and we are confident the partnership will grow from strength to strength.”

Luckbox was founded by former PokerStars colleagues Lars Lien and Mike Stevens and was supported by cryptocurrency contributors via a crowdsale in April 2018.

Preparing for launch in 2019, it is being built by a team combining vast experience in the igaming industry and a passion for esports to offer players unique and highly social platform to engage with their favourite games, including CSGO, Dota 2 and League of Legends.