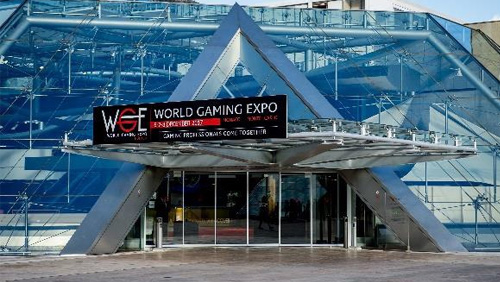 This month, the World Gaming Expo Monaco (WGE) was scheduled to be held in the international gaming mecca. It would have been the second installment of the expo, about a year after the inaugural event was held. However, all of those vendors and attendees who were making last-minute preparations are going to have to change their calendars after the organizers announced that

the event would be postponed an entire year.

The WGE is organized by Monaco International Events SARL. It issued a statement toward the end of last week in which it announced the delay, stating that it needed to create a “new business structure” to raise capital in order to fund the event. Apparently, it may have overextended itself.

According to Igor Gamba, WIE Managing Director, “…[W]e’ve decided to postpone the second edition of the WGE to 2019, which will mark its renewal; a decision which sole purpose is to sustain the event from next year on.

“The 2nd World Gaming Expo Monaco, thus to be held in December 2019, will be revamped and will welcome, under this new impulse, 60 exhibitors carefully selected and distributed over an area of 4000 square meters.

“Considering both the dates we’ve chosen in regard to the other trade shows and the worldwide reputation of Monte Carlo as a prestigious capital of gambling, the WGE is gaining growing interest from a variety of industry professionals and players around the world. Monaco has its legitimate place on the international scene and our goal is to make of WGE Monaco an unmissable event in the sector.”

The WGE was expected to take place December 4-6 at the Grimaldi Forum Monaco. The event is designed to allow companies in the gaming industry, such as equipment manufacturers, software developers and casino representatives, to get together in order to network, find out the latest technology and make new gaming deals. Among some of its sponsors are BetConstruct, Advansys and EGT.

The global gaming ecosystem is changing. More countries are taking a hard-line approach to gambling activities which might have played a role in the WGE not receiving the attention this year it had anticipated. There have been no solid indications that there is any correlation between the increased focus on anti-gambling measures and the postponement of the event, but delaying any event a full year just days before it is to kick off is never a good sign.