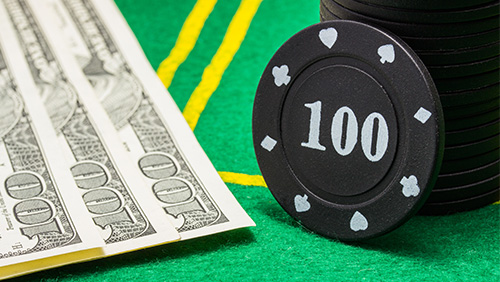 The Master Classics of Poker (MCP), which is currently underway at the Holland Casino Amsterdam, awarded over $84,000 to Steve Dwyer at the €25,500 Super High Roller event this past weekend. Soon after, the second tournament, the €1,500 Progressive Bounty, wrapped up after it was able find a champion. Dang Toan Nguyen out of the Netherlands defeated Israeli poker pro

Nguyen was awarded €41,452 (US$46,955) for the tournament win, as well as an additional €26,200 ($29,677) in bounties. He has had several tournament wins this year in events from the Netherlands to Vietnam, but the Progressive Bounty win was his largest score to date. His most-recent large cash win came when he took down the €275 WSOP Circuit Cup during the WSOP International Circuit series to earn €27,012 ($31,555).

The tournament attracted 181 players, but only 17 would make it to Day 2. The day stared with Daan van Hoogmoed leading in chips and Joris Ruijs as the short stack. As might be expected, Ruijs was the first to go when action got underway, losing an A-6 against A-10 run-off against Danny van Zijp. Van Zijp would go on to exit in 12th with about $7,522. Hoogmoed lasted all the way until sixth place, taking home $11,656 for his efforts.

After the final table was set, Daniyar Aubikarov would be the first to see the rail. He had a strong hand with a set of sevens, but lost to a lucky river card that gave Eshkar a boat. Soon after, Frank de Wolf would pack his bags and head home after losing with pocket Aces against another river suck-out, this one a set of tens to give Remy van der Nagel the win.

With seven players remaining, the pace of the game slowed down considerably. Finally, Matias Knaapinen was eliminated after getting mixed up in a battle against Nguyen. Knaapinen was staring down at pocket 3s and was forced to go up against the A-K suited of the eventual winner. As had already become routine at the game, a river suck-out produced a King, handing the victory to Nguyen and walking papers to Knaapinen.

The win gave Nguyen a boost of energy and he shrunk the table to just himself and Eshkar. Eshkar was a slight underdog going into the final showdown and it wouldn’t take long for a winner to be produced. On the final hand, Eshkar was rewarded with a flop that included a Q-8 combo to give him two pair; however, the flop also included a K, which matched the K-8 held by Nguyen. Eshkar would have to settle for second place and about $34,000 – $31,363 as runner-up and $3,239 in bounties.