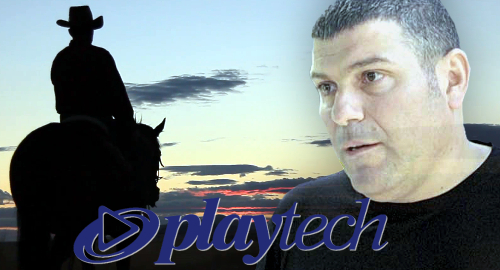 On Friday, Playtech announced that Sagi’s investment vehicle Brickington Trading had sold off its remaining 4.8% stake in Playtech for around $87m. The sale comes one week after Brickington reduced its Playtech position from 6.3% and emphatically severs Sagi’s relationship with the company he founded nearly two decades ago.

Sagi had been steadily reducing his once considerable Playtech holdings for the past few years, using the proceeds to snap up prime real estate in London, including major chunks of Camden Town. Sagi issued a statement Friday saying he considered himself “part of Playtech’s successful history” and he wished his former company “every success in the future.”

Playtech’s share price remained essentially flat on Friday, suggesting investors weren’t overly moved one way or the other regarding Sagi riding off into the sunset. But at least one significant shareholder is likely celebrating Friday’s announcement.

In August, Jason Ader, who heads up the New York-based Springowl Asset Management fund, publicly urged Playtech to herd Sagi toward the exits, based on Ader’s belief that Sagi’s ongoing connection to the company “remains a negative.” Springowl holds a roughly $100m stake in Playtech.

Playtech’s shares are currently trading around £4.68, a dramatic reduction from its £7.53 valuation in late June, and less than half their value from mid-2017.

The most recent plunge followed the latest in a series of profit warnings in which Playtech warned of increased headwinds in its Asian grey- and black-market operations. Earlier this month, the company issued a trading update that claimed its Asian operations had “stabilized” and its full-year earnings were expected to hit their forecasted targets.