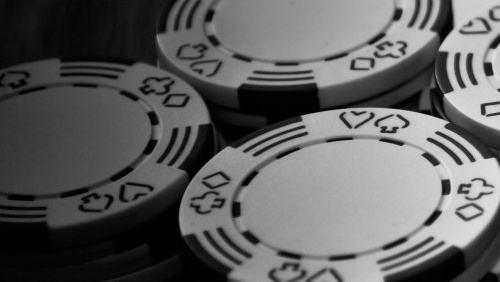 PokerNews’ parent company iBus Media Group is in a spot of bother after a group of record labels and music publishers sue the online poker news outlet for copyright infringements.

With Christmas on the horizon, it’s a good time to reflect on the best gifts you have ever received.

After visiting Japan, I always thought it would be a toilet that opens the seat when the light comes on, bids you a happy hello, and warms the ring.

But I received my favourite gift this week, and it wasn’t at all what I expected.

Someone I have helped stop drinking alcohol gifted me a song. It’s called The Time Has Come and was written at a time where he realised he had a problem and needed to change.

What a beautiful thought.

But what do you do with a song?

Fortunately, I am the host of the Alcohol & Addiction Podcast, so I could use it as an intro, although to be honest, I always wanted a more upbeat tempo, like Fuckin In The Bushes by Oasis, or Fast Fuse by Kasabian.

Until this morning, I was still thinking of using one of them, considering the whole copyright infringement thing was a load of old peanut butter and jelly.

While I was hovering over the toilet seat, this morning, I read on TorrentFreak.com that a broad spectrum of music publishers and record labels have sued PokerNews for using unlicensed music on their website. Amongst the plaintiffs are UMG Recordings, PolyGram and Capitol Records.

The complaint states that PokerNews has used 46 songs more than 300 times, and they are looking at a bill of $150,000 per song, and that’s $6.9m. If the court case goes through as it stands, and PokerNews has to pay that amount, it could prove disastrous for the largest online poker news outlet this side of the Tesla floating in space.

Lawyers from the musical geniuses are pointing the finger at iBus Media group, the parent company of PokerNews created by Tony G in the early noughties, and now majority owned by PokerStars.

The lawsuit hit the desk of a Californian court on Friday 16 November, and the complaint alleges that the record companies approached PokerNews to remove the content back in 2015.

Examples of copyright infringement include:

The complaint said PokerNews’ use of these clips on the PokerNews Podcast has resulted in “substantial” and “irreparable harm.” I want to think that they’re going slightly over the top on that one, but after watching Making a Murderer Season 2, who knows.

PokerNews, who has released more than 500 episodes of the PokerNews Podcast, has stated they are taking steps to remove the infringing content.

Here is the complaint in full.

PokerNews returns to the WSOP fold, but is that a good thing?
Lee Davy
8 March 2017
.