An update on the Daniel Sturridge betting saga with the Sun on Sunday reporting that the investigation is a result of Daniel Sturridge’s cousin placing a £10,000 bet on the Liverpool star moving to Inter Milan in the 2018 January transfer window. 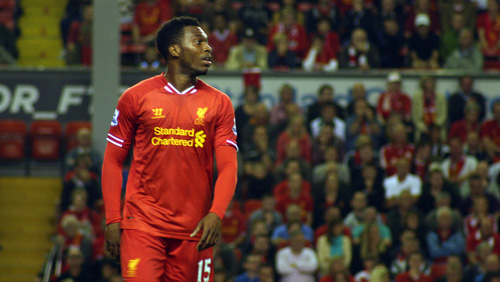 We’ve all had one along the way, haven’t we?

Mine came in the form arbitrage betting, where you take advantage of price differences in the market to guarantee a profit. I had a list of five Ligue 1 matches, the amount I needed to bet, and at what odds, and the names of the bookmakers that were offering those odds.

I opened accounts in all of the smaller bookies.

I emptied my credit cards.

I put thousands of pounds in bets on clubs I had never heard of, and then I went Christmas shopping.

When I got home, I opened up my accounts to withdraw my winnings, and realised that one of the smaller firms had taken my money, but never placed my bet. It turned out it was a scam site, and I never got my deposits back, and I lost thousands because of their refusal to take my bets.

The Sturridge Family bettign systems seems a lot simpler, and yet they still managed to mess it up.

At the tail end of last week, the world learned that the Football Association (FA) had charged Daniel Sturridge with breaking their betting rules. In short, players are not allowed to bet on football matches, or give others insider information that could give them an edge in the markets.

A Liverpool spokesperson at the time told the press that Daniel Sturridge and the club were cooperating with the FA on the investigation, and that the former England marksmn had never bet on football.

It turns out they were telling the truth.

The Sun on Sunday has reported that the furor is over a series of bets made by family members of the 29-year-old concerning his January 2018 transfer out of Liverpool on loan.

It seems that Sturridge was on the verge of joining Inter Milan before a last minute switch to West Brom, and a cousin of the Liverpool star, placed a £10,000 bet on Sturidge joining the Italian giants on January 17.

Paddy Power took the bet, and became suspicious when Sturridge’s cousin asked them to provide emailed evidence that the bet had been place, and they passed the information onto the FA. The same report in the Sun says a similar ‘significantly sized’ bet was also placed on Sturridge joining WBA, which he did on Jan 29.

It’s quite ironic that had the bet been successful, the Sun says the puntr would had received £27,000. With their cuz earning more than £100,000 per week, maybe it would have been easier just to ask him to ship them a couple of quid.

The FA immediately wrote to Sturridge at the end of January confirming he was part of an investigation, and they interviewed him in May. He has until Tuesday night at 6 pm to respond.

In another twist of irony, at the start of the season 60% of Premir League clubs had the name of a gambling company printed on the fronf of their shirt, as did 17 of the 24 of the Championship sides.

It’s not the first time the FA had had to investigate a player who has breached betting rules, with Joet Barton being the most notorius. However, I believe Sturridge’s penalty will be amongst the most lenient, and it’s obvious that this could be a tale of Chinese whispers falling out of a Sunday Roast family dinner.