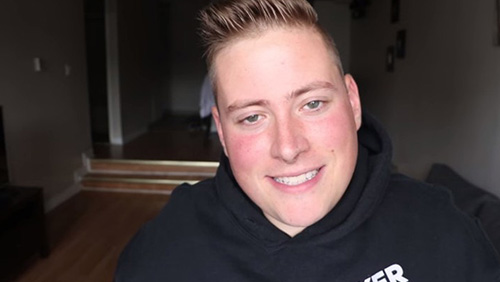 Poker brothers Matt and Jamie Staples accepted a prop bet last year set up by Bill Perkins that challenged the duo to reach the same weight within a year. It was going to be anything but an easy

task, as Matt weighed 134 and Jaime weight 304 at the time. Achieving the same weight was seen as an impossibility by odds makers and odds were placed at 50-to-1. However, the brothers pulled it off, winning $150,000 in the process when they weighed in at 188.3 pounds on March 25. Not long after, the Ultimate Sweat Challenge 2.0 was announced, and it seems to not be going very well for one of the brothers.

In the latest challenge, Matt and Jaime must have 9.9% body fat, or less, when they’re measured on March 25 of next year. If they win, they will pick up another cool $150,000. However, there is more at stake for the brothers with this challenge than there was with the original Ultimate Sweat Challenge. If they lose, they have to cough up $50,000.

This past Monday, Jaime put an update on YouTube, indicating that the challenge was proving to be more challenging than he anticipated. He said in his vlog, “…We’re not in a very good place right now. We have five months left to accomplish the bet and I am definitely a lot less healthy than I was at the end of the bet…”

Painting such a grim picture for the outcome of the challenge doesn’t bode well for the brothers, or for anyone that took a piece of the three-to-one action that was being offered by odds makers. Mike Vacanti, a personal trainer that has been working with the Staples indicates that the odds are more than likely now 100-1 that they’ll reach the goal.

Staples further indicates that the amount of pressure has been significant, as well. He clarified that he isn’t as concerned with a personal failure, since people deal with ups and downs all the time, but, rather, failing his brother. “[Matt] is going to be on the hook to pay half of this bet, having done the work and not have the reward.”

He’s also concerned with letting down those who have followed and supported him during the challenges. He asserted, “…Not only Matt, but the community. Those of you that rooted me on last year…I still want to be that person…that can be an inspiration to people.”

Even if he doesn’t complete the challenge and win the prize, he is still an inspiration. A winner is someone who tries and doesn’t give up and Jaime has already shown that he’s a winner.