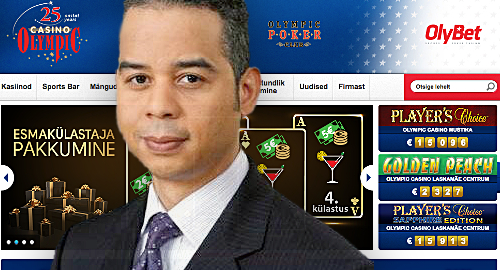 On Monday, the Estonia-based OEG announced that it had appointed Corey Plummer as its new CEO, replacing Madis Jääger, who’d held the role for the past seven years. Jääger is also stepping down from OEG’s management board but will continue to serve as a senior adviser to the firm.

Plummer (pictured) is a longtime industry veteran with a resume that includes stops at Caesars Entertainment, Rush Street Gaming, Holland Casino and Aristocrat Technologies. He will take up residence at OEG’s Tallinn headquarters effective immediately.

OEG operates a variety of land-based and online gambling businesses in six European markets, although the bulk of its business comes from Latvia and Estonia. The company recently reported overall gaming revenue of €55.3m in the three months ending September 30, a 2% rise over Q3 2017’s result.

The biggest year-on-year gain went to OEG’s Malta operations, which shot up 18.2% to just under €4.3m. OEG’s online gambling division OlyBet is based in Malta, while the jurisdiction also includes Casino Malta, the jursidiction’s largest land-based operation.

OEG underwent an ownership shift this spring that saw its two largest private equity shareholders buy out smaller shareholders. At the same time, OEG applied to delist its shares from the Estonian exchange, but this request was denied until the transfer of power was official. OEG appealed this ruling, but said last week that there’d been no verdict yet from the committee overseeing the request, despite the ‘squeeze out’ of minority stakeholders being a done deal.