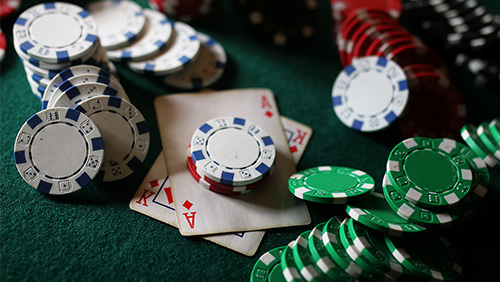 The World Series of Poker Circuit (WSOPC) event in Horseshoe Hammond was always going to be a sparkler after Christopher Fuchs vanquished 2,563 entrants to win the $124,385 first prize in the $400 No-Limit Hold’em Re-Entry, opener.

Zachery Schneider entered the final day 3/23 in chips, and by the time the final table rolled into town, only one other person had more. Not that it mattered. Schneider fed on the final table like walrus feast on benthic bivalve molluscs, eliminating four of the last nine players, and at one time holding a third of the chips in play.

The Gods saved the best for last, with Schneider taking on the former WSOPC and Heartland Poker Tour (HPT) champ Nick Pupillo, heads-up, for all the beans. Schneider came out on top for his second win in the establishment after beating 54-entrants in the $5,300 buy-in WSOPC High Roller for $101,250 back in 2015.

WSOPE High Rollers Get a Boost

All three are non-bracelet events, unlike the €25,000 WSOPE High Roller beginning 24 October, and the €100,000 WSOPE Super High Roller starting 26 October.