Affinity Gaming, which was purchased by Z Capital Partners last year, is interested in expanding its portfolio. According to an announcement by the company, it is considering the acquisition of casino operator Full House Resorts. 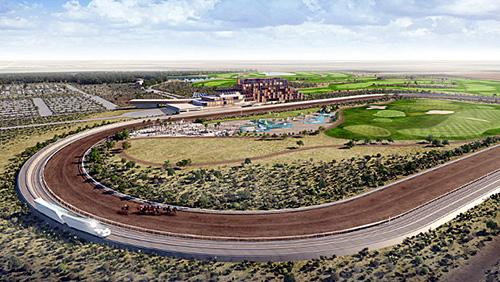 As planned, the deal would see Affinity acquire Full House for cash and/or stock. The company puts the value of the acquisition at $132.5 million, which is the equivalent of $1.79 per share if the deal is settled completely through stock.

According to James Zenni, the company’s chairman of the board and CEO of Z Capital Partners, “Our proposal represents a unique and compelling opportunity to maximise value for stockholders and stakeholders in both companies.”

“With an experienced and dedicated management team, Affinity would bring significant operational capabilities and expertise that we believe would further propel the combined company’s growth and unlock unrealised potential for Full House stockholders.”

Acquisitions and mergers in any industry are not uncommon, but usually both sides are involved. In this case, it appears no one bothered telling Full House the full story. According to a statement released by Full House, “This is the first time that the company has been made aware of Z Capital’s interest. Its board of directors intends to consider the expression of interest in due course.”

The price is certainly not anywhere close to what Full House says it’s worth. It further explained in the statement, “The company noted … that the expression of interest reflects a price that is significantly below recent and past trading of its stock and well below most expectations for the value of the company.

“The company noted, for example, that a recent research report by Roth Capital Partners, taking into consideration the company’s recent developments and significant development opportunities, recommends the stock with a target price of $4.50 per share.”

If everything goes according to planned and the acquisition is consummated, the new company would keep its headquarters in Las Vegas. It would be led by Affinity’s CEO, Tony Rodio, who was only appointed to the position about a week ago.