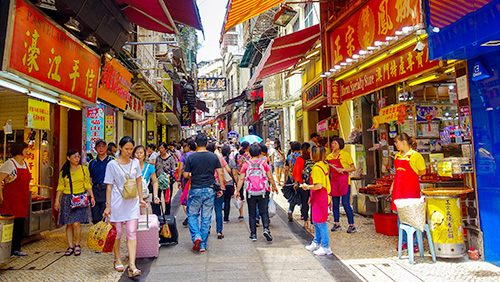 Visitation to Macau for Golden Week, the week-long celebration of the anniversary of China’s foundation, was lower than expected. September 28 and 29 were nowhere near what had been anticipated compared to last year and many expected the declines to translate into poorer performance. Fortunately, however, gross gaming revenue (GGR) didn’t suffer as they had thought.

Across the first seven days of this month, the average daily average (ADR) for casinos in Macau rose to $162 million, according to JP Morgan Securities (Asia Pacific) Ltd. The firm published a Macau note on Tuesday, adding, “This implies that ADR grew well over 15 percent year-on-year, and that ‘total GGR’ during Golden Week grew high-single-digit year-on-year.”

The note’s authors, analysts Sean Zhuang and DS Kim, added that the total GGR comparison was not a true comparison between last year and this one. The period covered eight days last year, but only seven in 2018.

Nevertheless, the results are significantly. The analysts explained, “This is better than our expectations of approximately 5 percent growth, and likely ahead of the market’s.”

The official Golden Week period, as defined by the Chinese State Council, was October 1-7. Fortunately, October 1 fell on a Monday this year, meaning the preceding weekend gave way to extended vacations for a number of would-be visitors.

This past Monday, the Sanford C. Bernstein brokerage indicated that the ADR for the first week of October was approximately $161.12 million. According to the firm’s analysts, Vitaly Umansky and Kelsey Zhu, “Mass volume is estimated to be up 22 percent to 23 percent, with VIP volume estimated to be up 15 percent. Other than visitation growth, better quality players helped drive VIP and mass GGR growth.”

Overall, visitor arrivals to Macau during Golden Week only increased by 7.2% over last year. The Macao Government Tourism Office reported on Monday that a total of 895,000 visitors had descended upon the city, the majority of which came from mainland China.

Macau’s October performance should be better than it was last year according to the research division of the Nomura brokerage firm, Instinet LLC. Analysts with the company, Daniel Adam, Harry Curtis and Brian Dobson, said on Monday, “We estimate October GGR will be up approximately 5 percent to 10 percent year-on-year. Our October estimate implies 220 basis points to 720 basis points of accelerating GGR growth versus last month’s +2.8 percent [growth] number, given stronger-than-expected demand during Golden Week.”