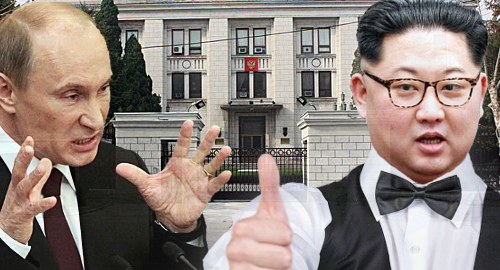 North Korea is denying media reports that it was hosting an illegal casino in its embassy in Moscow.

Earlier this month, Russia media reported on a series of raids on 15 underground gambling dens in the Moscow region. Russian investigators believe the illegal operation had been around since May 2016, generating profits of hundreds of millions of rubles each month.

These illegal operations were reportedly connected to licensed sports betting operator Panorama, which operates the GreenBet, UnionBet and Winline brands. Over 100 individuals were arrested, including Anton Bazhanov, a reputed high-ranking member of the local “criminal community.” Kommersant reported that Bazhanov offered to put up RUB10m (US$153k) bail but was ordered held in custody for two months while his case progresses.

On Wednesday, the Tass news agency quoted a law enforcement source saying that one of the underground casinos was located “on the premises of the North Korean embassy” and that it catered to a VIP clientele of diplomats and lawyers.

Komsomolskaya Pravda quoted other law enforcement sources saying they’d been denied access to the premises by embassy staff who cited sovereign territory rights. Following these reports, a North Korean spokesperson denied the allegations, telling Tass: “We know nothing about this.”

Russia banned casinos from Moscow and all other major population centers in 2009, restricting land-based casino operations to a handful of geographically distant economic zones, such as Primorye on the country’s eastern shore near Vladivostok, while banning all online casino activity.

North Korea has publicly mused about enlarging its modest homegrown casino operations, but the Hermit Kingdom has also demonstrated a willingness to do what it takes to earn badly needed hard currency, including authorizing agents to set up illegal online gambling operations in foreign countries. So the idea of setting up clandestine casinos in the few countries in which North Korea is allowed an embassy isn’t so far-fetched.

It’s not even the weirdest casino story to come out of Russia this month. In the country’s southern regions, police in Rostov-on-Don raided an illegal casino disguised as a funeral parlor, seizing cash, chips, betting records and arresting some unlucky patrons, one of whom quipped that he might as well “buy a coffin for himself” while he was there.