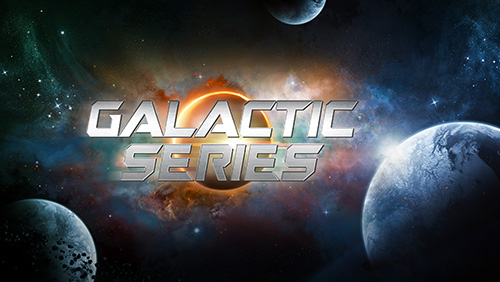 Two quick shots from the largest online poker room this side of the ‘Caution Wet Floor’ sign that hangs out near the umbrella stand, including an uber-successful Galactic Series, and the return of two recently purged online games.

When I Google the same word, I meet Yusaku Maezawa for the first time. The Japanese businessmen will become the first non-astronaut type geezer to fly around the moon in one of SpaceX’s Big Falcon Rockets (BFR), and he’s bought every single seat on board.

The plan for the man who once paid $110m for a picture of a skull its creator couldn’t even be bothered to name is to invite eight artists representing humanity.

The price of admission is unknown.

And a ‘very significant deposit’ is a term you can latch on to PokerStars’ recent Galactic Series.

When PokerStars announced their Galactic Series on 23 August, you knew that records were going to break like pint glasses in a pub hosting an 18th birthday party.

Created to give PokerStars’ Southern European Shared Liquidity market of France, Spain & Portugal something to do while the rest of the world was busy eating their slice of the $100m PokerStars World Championship of Online Poker (WCOOP), the Galactic Series saw 50,612 entrants amass a record €16,973,768 in prize money against a guarantee of €15m.

The whole wonderful business took place across 186-events stretching from Aug 26 – Sep 13, making it the longest-ever online series in the Southern European Shared Liquidity’s short history. The €1.5m guarantee put up for the Main Event was also a record. 6,430 entrants made the chocolate chip in the cookie dough an unmitigated success. Sadly, PokerStars didn’t tell me who won, or how much they won, but I know that the French dominated the tournament, capturing the top four places, with five of the final eight emanating from that part of the world.

The French also won the most titles:

I wonder if the genre of poker writer would qualify as an artist?

Showtime and Split Hold’em May Return to the Lobby

Pokerfuse seems to be the go-to URL for all the noise on PokerStars’ online game selection, and this week Nick Jones and the team sat down with Severn Rasset, Director of Poker Innovation and Operations, to talk about the recent comings and goings in the PokerStars lobby.

Out of that conversation came a whisper that two new games that recently spent six weeks in the cash game spotlight may reemerge as multi-table tournament (MTT) offerings.

Rasset told PokerFuse that the players requested an MTT option for both Split Hold’em and Showtime, two games that recently vanished from the public eye much to the chagrin of those who were getting into them.

Split Hold’em is essentially Double Flop Hold’em, the annoying game played in live home games up and down the country where fish like myself end up doing their bollocks. The game found its way into the lobby on 28 March and came down May 14.

Showtime is a format of No-Limit Hold’em where the software reveals your folded cards. The new variant appeared in the lobby on May 23 and left on July 23.

Rasset also indicated that players could expect more variants in 2019.

Before then we have PokerStars VR, Fusion and Six Plus Hold’em.

And a possible trip to the moon.