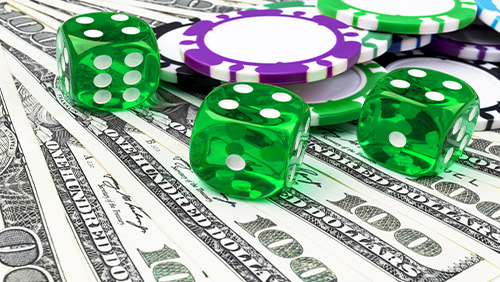 I feel like an actor finding work in the Marvel Universe.

Writing about poker can be torturous when there is no poker. So, this morning, I say a little prayer before I send my morning smoothie into the bottom of my rank gut-biome, and thank the ARIA and Poker Central for giving me something to do.

It’s the event that looks like paste sandwiches in a posh school.

Only 37 entrants paid the hefty fee.

At the end of Day 1, there were six left.

The first player sent home to do some vacuuming was Dan Shak. The Hedge Fund manager opened to 140,000 from early position, Jonathan Depa bumped it up to 480,000, and Shak made the call for all his magic beans.

The nine, seven, three and deuce failed to tether to anything, and Depa took everything that Shak owned.

Adams made sure he would sleep through the night knowing that he was the leader of the series overall after a fifth-place finish.

The triple World Series of Poker (WSOP) bracelet winner opened to 175,000 from the button, and Adams called from the big blind. The dealer put the Td5d5h flop down like three dead dogs at the vets, and Adams check-jammed once Yu had bet 125,000, and Yu called.

Yu’s queens had the lead. Adams needed help from the deck. It stuck two fingers in his face. Two meaningless fours hit the turn and river, and Adams was out in fifth earning $74,000.

Then we lost another man in tip-top form.

Keith Lehr tripled his stack when all-in with Haxton and Depa. Haxton led with pocket aces, but Lehr flopped a set of sevens holding AhTh7s7c, and Haxton took on the new role as short-stack.

Then he took on a new role as a bystander.

Haxton opened to 280,000 in the last position, and Depa called in the big blind. A flop of Qs6s5d saw Depa put Haxton all-in, and he made the call.

Haxton led with top pair, the Jh on the turn gave Depa an inferior couple, but the Ts on the river gave Depa a two-pair hand, and Haxton fell short once more with $92,500 as a consolation.

Then we lost the man who has won more than $3m this year.

Yu opened to 280,000 in the last position, and Lehr called in the big blind. The flop was a deeply connected JcTh9s; Lehr checked, Yu moved all-in, and Lehr bit his hand off.

Lehr was sitting on a straight. The Jh and 8d did nothing to change the landscape, Yu was out, earning $148,000, and we were heads-up.

Lehr was the first to land a punch.

Depa’s set of sixes looked sexy as fuck, but Lehr also had a sweet hand with two pairs and a flush draw. The dealer delivered the 5d handing Lehr his flush, and Depa was on life support with only two big blinds.

It took a few poky stabs.

After doubling-up twice, Depa limped on the button, and Lehr wanted to see a cheap flop. The dealer painted Js3d2h onto the table, Lehr bet 240,000, Depa raised to 720,000, Lehr moved all-in, and Depa called.

Lehr held the top pair, but Depa had the bottom two pairs. Everything changed on the turn when the deck released the 8c into play to give Lehr a higher two-pair hand. The river changed nothing. Lehr had won $333,333 and 300 points.