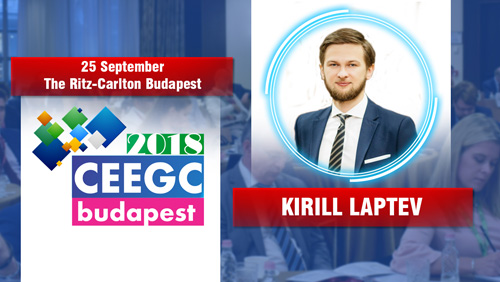 Budapest – 10 September 2018 –Belarus has been in the headlines of several industry headlines when it comes to new regulations in Europe and neighboring countries. The landlocked country in Eastern Europe bordered by Russia to the northeast, Ukraine to the south, Poland to the west, and Lithuania and Latvia to the northwest, seems to be heading towards being a clearly regulated gambling market.

Just recently, the Belarusian Tax and Duties Ministry has announced that they will legalize online gambling institutions from April 2019. Vladimir Mukvich, Deputy Tax and Duties Minister of country, told the media about the recent Decree No. 305, which deals with “the legal regulations of gambling business.” However, he does not foresee a huge growth in online casinos in the country in the immediate future.

He said the basic norms of the decree come into force from 1 April 2019. Mukvich also added: “We cannot say that there will be a large number of them in 2019–2020. We do not see any preconditions for such a trend.“

As a regulator, the Tax and Duties Ministry is interested in preventing online gambling to become a monopoly activity and expects applicants to be able to fulfil the requirements for organising online casinos.

The Belarusian gambling market update has been announced to be part of the “Focus on Eastern Europe – Romania, Bulgaria, Belarus” panel discussion and it seems the organizers have already predicted the change in May when the agenda was put together.

The expert who will take on the role to bringing the recent info about the Belarusian gambling industry is Kirill Laptev, Senior Associate and the Head of Communications, Media & Technology (CMT) Sector Group at Sorainen in Belarus.

REGISTER HERE, to benefit of an exclusive media partner discount of 15% for your ticket(s). Make sure you use the “CEEGC2018” promo code when registering.

The above mentioned panel discussion will be moderated by Joe Ewens (GamblingCompliance) and the dialogue will be among the already confirmed speakers Miglena Dimitrova (MDMI Legal) and Cosmina Simion (NNDKP).

About Joe Ewens (moderator of the panel)

Joe Ewens is the Managing Editor of GamblingCompliance, where he oversees the company’s daily output of news and analysis on the global gambling market and its constantly shifting regulatory challenges.

Kirill Laptev is a Senior Associate and the Head of Communications, Media & Technology (CMT) Sector Group at Sorainen in Belarus. Sorainen is a top-tier Baltic and Belarus law form being recognised as European Law Firm of the Year by The Lawyer in 2016.

Kirill has a wide experience in advising major international clients on terrestrial and online gambling regulations in Belarus. He is also specialised in IT and data protection, as well as tax matters. He also speaks and contributes to publications on gambling, IT& data protection, dispute resolution and tax matters both in Belarus and abroad. Kirill has been recognised as Next generation lawyers for commercial, corporate and M&A by Legal 500 and for trade & customs by Who’s Who Legal.

REGISTER HERE, to benefit of a quality lineup of speaker and networking with C-level delegates during the 3rd edition of CEEGC Budapest. Make sure you use the “CEEGC2018” promo code when registering.

About the organizer, European Gaming Media and Events (formerly EEGMedia/EEGEvents)

The live events/conference division is in charge of organizing boutique style executive gaming events that focus on bringing inside information from the top gaming experts in the European Union and beyond. Their first event was held in Budapest on the 19th of September 2016. Since then the team have implemented more destinations into their event portfolio.