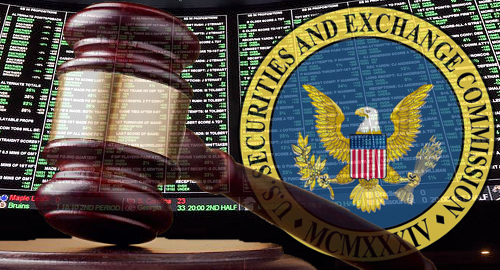 According to the Nevada Sports complaint, the group raised slightly over $1m from 35 betting clients in around 20 US states after registering in Nevada in September 2015. The SEC claims the company failed to determine its clients’ status as accredited investors and also failed to file a registration statement, despite not qualifying for an exemption from said registration.

Contrarian raised over $437k from some 25 investors in 12 states and Canada, but similarly failed to do proper vetting of its customers or file the necessary registration statement.

The SEC believes both funds are guilty of conducting an unregistered offering of securities and asked federal courts to issue judgments permanently enjoining either entity from further violations of this kind. The SEC also sought jury trials in both cases.

Both entities have already consented to the final judgments without admitting or denying the allegations lodged in the complaints. Both entities are required to forward copies of the judgments to each of their investing clients.

Nevada legislators passed a law in 2015 that attempted to take advantage of its status at the time as the only state in which single-game wagering was legal. The idea was to let out-of-state bettors passively participate in wagering via these betting entities, which were set up like mutual funds, i.e. the investors had no say in the specifics of how their pooled funds were wagered.

However, the entity concept failed to catch on with the general public while some Nevada sportsbooks expressed concerns that they’d be able to fulfill their ‘know your customer’ obligations under state and federal law.

Worse, some of these funds were accused of stiffing their investors, and pretty soon the SEC began demanding information from the funds regarding their operations.

The already sketchy concept of entity betting is growing increasingly irrelevant following the US Supreme Court’s ruling in May that struck down the federal betting prohibition. Single-game sports betting has since launched in Delaware, New Jersey, Mississippi and West Virginia, and other states are in the process of expanding this list.