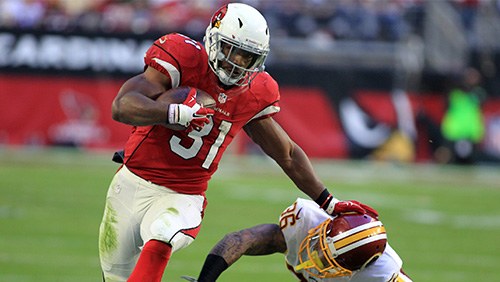 Week 1 around college football was chock-full of marquee matchups, but Week 2 is a bit of a downer in that regard with one game standing apart as ranked Pac-12 foes USC and Stanford meet on the “Farm” in what could be a Pac-12 Championship Game preview.

The Cardinal are 4.5-point favorites despite going 0-2 against the Trojans last year, losing in Los Angeles and then in the Pac-12 title game. Both schools won their season openers. Stanford beat San Diego State despite just 29 yards rushing on 18 carries by preseason Heisman favorite Bryce Love. Southern Cal beat UNLV as true freshman J.T. Daniels looked polished in throwing for 282 yards and a touchdown.

Another good matchup is Clemson at Texas A&M. The two head coaches, the Tigers’ Dabo Swinney and the Aggies’ Jimbo Fisher, know each other very well from all those Clemson-Florida State wars in the ACC. Fisher left Tallahassee for A&M after last season. Swinney has a bit of a QB controversy on his hands because true freshman Trevor Lawrence outplayed senior starter Kelly Bryant in the opening blowout of cupcake Northwestern State. Swinney says both will play again. Clemson is -12.

Nebraska’s NCAA-record streak of home sellouts continued last Saturday against Akron – even though the teams didn’t actually play. Severe weather in Lincoln forced cancellation. Nebraska was hoping to make up the game on Sunday but Akron wasn’t up for that. Thus, Huskers fans have to wait until this Saturday to welcome home new head coach and favorite son Scott Frost against Colorado. Nebraska is -5 against its former Big 12 rival.

UCLA was upset Week 1 at Cincinnati without a few suspended players and things only get tougher this week at Oklahoma, which destroyed a good Florida Atlantic team 63-14. Kyler Murray, taking over for 2017 Heisman Trophy winner Baker Mayfield at quarterback, passed for 209 yards and two touchdowns. The Sooners are -30.

There is no Thursday night game in Week 2 – no doubt as the NCAA/ESPN didn’t want to schedule anything opposite the NFL season opener. The first game of the week is Friday as neighbors TCU and SMU square off. The Frogs are -21.5. They have won six straight in the series, including 56-36 last year.