The South Korean mint is getting into the casino business. According to the country’s Aju Business Daily media outlet, the official South Korean Minting and Security Printing Corp. will mint casino chips using advanced technology designed to prevent forgery. The chip production was born out of a partnership between the mint and Grand Korea Leisure Co. Ltd. (GKL). 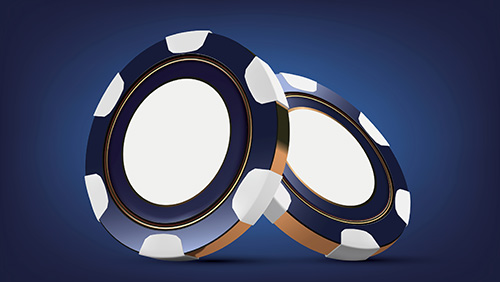 GKL is a state-owned entity that operates a number of Seven Luck casinos that are open only to foreigners. The agreement will see the mint use “three-dimensional security technology” as well as sensitive materials found in regular currency that will make the chips almost impossible to counterfeit.

Different methods of technology has been employed to try to prevent fake chips from hitting the market. Several casino operators, such as Wynn Casino, use RFID technology. Palm Gaming, a chip manufacturer, has also developed a chip that incorporates an audible signal that sounds when tested using a handheld reader.

While chip counterfeiting is rare, it does happen. A U.S. Navy admiral, Timothy Michael Giardina, who formerly served as the deputy commander of the U.S. nuclear forces, was busted in 2013 for using two chips at a casino in Council Bluffs, Iowa, that had been doctored. The chips were $1 chips that had been altered to look like $500 chips and a subsequent investigation led to Giardina being reduced in rank and forced into retirement in 2015.

Another would-be counterfeiter got hit with a bigger stick. Christian Lusardi passed off a number of fake chips at the Borgata Casino in New Jersey before being discovered. He was only discovered because a clogged pipe in his hotel room was revealed to contain counterfeit chips worth almost $2.7 million. Lusardi was forced to repay $500,000 for lost revenue and plumbing damage, and was sentenced to five years in prison.

Meanwhile, a not-so-clever thief tried to make off with $1.5 million in chips from the Bellagio in Las Vegas in 2010. Perhaps motivated by the Ocean’s 11 movie, Anthony Carleo made a clean escape with the chips, only to later learn that they were worthless. The chips were RFID chips and their value was erased as soon as they left the casino. He was arrested a month later at the same casino when he tried to sell some of the chips to unsuspecting gamblers.